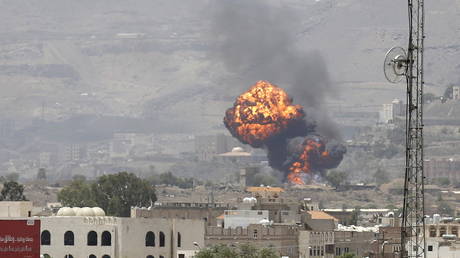 French journalists are being threatened with jail time for reporting on leaked documents revealing the country’s complicity in the Saudi-led war in Yemen after they refused to answer questions from anti-terror police.

“They want to make an example of us because it’s the first time in France that there have been leaks like this,” Geoffrey Livolsi, co-founder of investigative news outlet Disclose, told the Intercept, referring to the classified Directorate of Military Intelligence briefing, meant for President Emmanuel Macron’s eyes only, that revealed the government had lied to the public about how the weapons it was selling would be used.

They want to scare journalists and their sources away from revealing state secrets.

Livolsi, his Disclose co-founder Mathias Destal, and Radio France reporter Benoît Collombat could face up to five years in prison and a €75,000 fine for merely handling classified documents without authorization under a 2009 law that prohibits “attacks on national defense secrets” after the General Directorate for Internal Security (DGSI), France’s domestic intelligence service, accused them of “compromising the secrecy of national defense.” (RT)