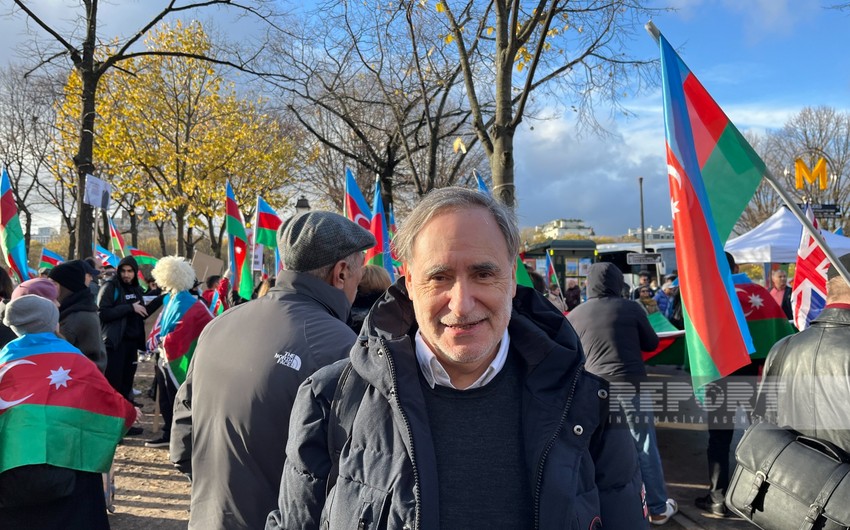 Jean-Michel Brun stressed that the National Assembly does not have the authority to pursue foreign policy. Noting that the president is busy with the foreign policy of official Paris, the editor-in-chief said that the resolution adopted by the National Assembly against Azerbaijan is completely groundless: “France has rejected the four resolutions of the UN Security Council confirming that Karabakh is a part of Azerbaijan and demanding the withdrawal of Armenian armed forces from this region. While signing the UN resolution recognizing Armenia’s occupation of Azerbaijani lands, the attempts of French deputies today to adopt a document claiming that Azerbaijan has occupied the territory of Armenia are completely inappropriate and meaningless.”

Jean-Michel Brun said that today France’s voice is no longer heard in the international world: “We have lost our beloved France for almost 15 years. In the past, France could say “No”. Charles de Gaulle said “No” to NATO. Jacques Chirac opposed the war in Iraq. France’s voice is no longer heard because it cannot keep its word. As the co-chair of the UN Security Council and the former Minsk Group, France was the country responsible for the settlement of the Karabakh conflict. It could not keep its word. For this reason, trust in France has already been lost in the world. France is losing its sphere of influence in the world, particularly in the region between the Caucasus and Central Asia, which is experiencing economic, social, and cultural progress. This region has a great future. I hope the French government will conduct a more pluralist policy.”