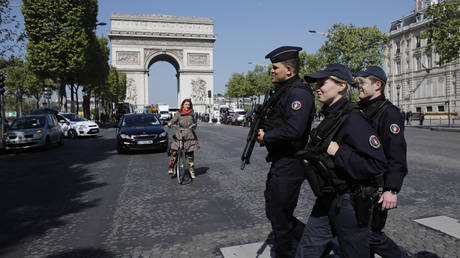 The terrorist threat in France is “very high” and police protection at religious sites will be stepped up as the government continues its crackdown on radical Islam, the country’s Interior Minister Gerald Darmanin said.

Speaking on Tuesday, Darmanin told France-Inter Radio that security operations will be ramped up at religious sites as the country faces an increased terrorist threat ahead of All Saints’ Day on November 1, in the wake of the recent brutal killing of a history teacher in an apparent Islamist attack. (RT)