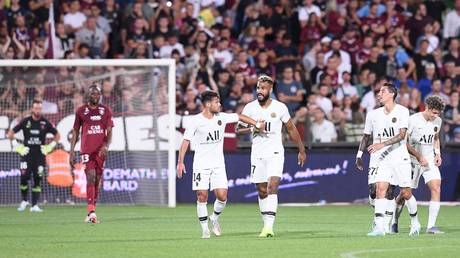 French football federation president Noel Le Graet has stated that racism and homophobia “are not the same thing,” adding that he instructed referees not to stop matches because of anti-gay chanting.

Speaking to France Info, the 77-year-old complained that too many matches have been halted due to a newly introduced FIFA rule which allows referees to suspend the game in case of discriminatory behavior.

Also on rt.com #NIRGER? UEFA game one letter off from racial slur rage-trends

The football official stressed that the French football federation will focus efforts on preventing fans from displaying homophobic banners at stadiums, but refused the idea of stopping games because of abusive anti-gay chants.

“To say that football is homophobic, and could be the only symbol of homophobia in France, that’s a bit strong. I don’t accept it,” Le Graet said. “We’ll make sure there are no more banners (in stadiums); that’s different. But stopping games, no.” (RT)