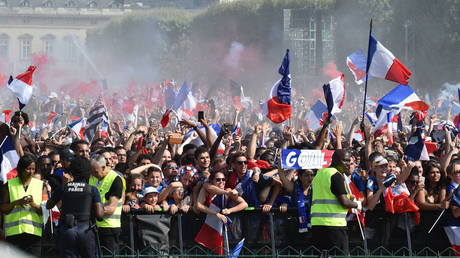 Scenes like these from Paris in 2018 will not be repeated for the 2022 FIFA World Cup. ©  Stephane Cardinale / Corbis via Getty Images

Several large cities will not have fan zones or show World Cup matches on giant screens Scenes like these from Paris in 2018 will not be repeated for the 2022 FIFA World Cup. © Stephane Cardinale / Corbis via Getty Images

A number of large French cities including the capital Paris will not broadcast matches from the 2022 FIFA World Cup on giant screens in public areas, as part of a protest against tournament host Qatar.

Qatar will become the first ever Arab nation to welcome the football showpiece when it hosts the World Cup from November 20 to December 18.

The build-up to the tournament has been overshadowed by criticism of Qatar’s human rights record.

A report from The Guardian newspaper last year claimed that more than 6,500 migrant workers have died in the Gulf state since it was awarded World Cup hosting rights in 2010.

Qatar has vehemently denied those figures but has implemented reforms to its labor system in an effort to improve conditions for migrants. 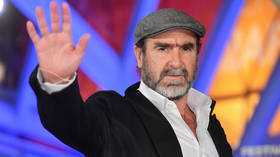 The mayors of several French cities have now said that “ecological and humanitarian issues” mean that they should not create an atmosphere of celebration for fans who want to watch the tournament, where France will be the defending champion.

“It would be a farce if we were to be complicit with the humanitarian and ecological abuses that are embodied by this World Cup,” said Bordeaux mayor Pierre Hurmic on Monday, as quoted by Reuters.

“It would be really difficult to have a party while forgetting the dead bodies and the humanitarian situation in the aberration that is the World Cup in Qatar.”

The official added that it would be “incongruous” to celebrate the World Cup taking place at air-conditioned stadiums in Qatar while citizens across France are confronted with an energy crisis.

The leftist mayors of French cities Lille, Strasbourg and Reims are among those to similarly snub the tournament, while the deputy mayor of Paris, Pierre Rabadan, told AFP that the capital would not be setting up public viewing areas.

“For us, there was no question of setting up big screen areas for several reasons: the first is the conditions in which this World Cup has been organized, both in terms of the environment and the social aspect,” said Rabadan. “The second is the fact that it takes place in December.”

Protests against Qatar will extend to the players on the pitch at the World Cup. The kit manufacturer for Denmark last week revealed that the team would be playing in “toned-down” versions of their jerseys as a sign of dissent.

The captains of several European teams also plan to wear rainbow armbands in support of the LGBT movement, although it remains to be seen if FIFA will allow the gesture. (RT)