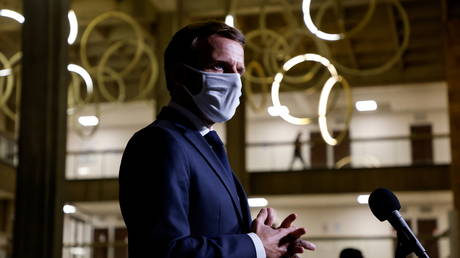 French President Emmanuel Macron has said that a Hamas-linked Muslim group connected with the beheading of a teacher in Paris will be disbanded. Macron also promised to take “concrete actions” against radical Islamist terrorism.

“We know what needs to be done,” the president told reporters in Paris on Tuesday, announcing that a Muslim group connected to Palestinian Hamas militants would be broken up. The group is believed to be linked to the beheading of history teacher Samuel Paty by a teenage Chechen refugee last week. Prior to the killing, Paty had shown his class a caricature of the Prophet Mohammed. (RT)