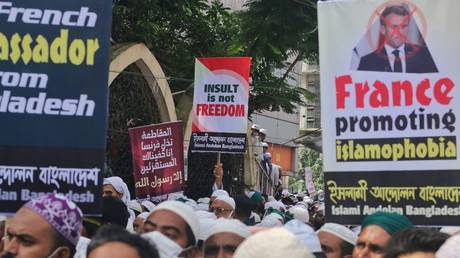 French officials have warned citizens living or travelling abroad to exercise caution following a rise in anger over Prophet Mohammad cartoons and the murder of a school teacher by an Islamic extremist.

The guidance urges French citizens to “exercise the greatest vigilance”, especially in “places that are frequented by tourists or expatriate communities”, as well as staying away from protests and public gatherings over fears of potential reprisals. (RT)