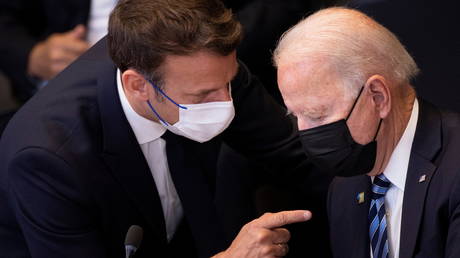 The French presidency has said it is expecting “concrete measures” from US President Joe Biden when the two leaders speak on Wednesday, after Washington and London seemingly scuppered an Aussie submarine deal with France.

On Wednesday, President Emmanuel Macron’s spokesman Gabriel Attal reiterated Paris’ anger with the US following the announcement last week that Australia would be purchasing nuclear submarines from the US and UK, and would abandon a 2016 French contract. (RT)