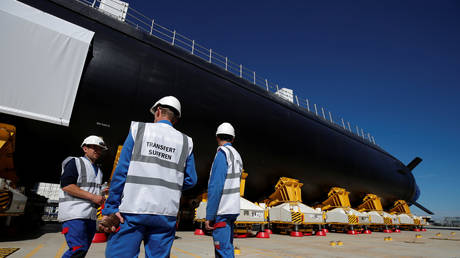 A submarine leaves the workshops of its construction at the Naval Group site in Cherbourg, France, (FILE PHOTO) © REUTERS/Benoit Tessier

France has reiterated its unwillingness to set aside its dispute with Australia, claiming EU ministers are firmly on the side of Paris amid concerns that Gallic anger may derail a trade deal between Brussels and Canberra.