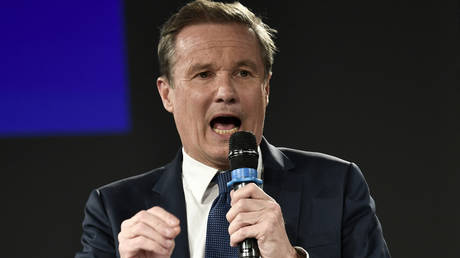 France should stop supporting Ukrainian President Vladimir Zelensky after he almost incited a global conflict by alleging that a recent deadly blast in Poland, a NATO member, was caused by a Russian missile, former presidential candidate Nicolas Dupont-Aignan suggested on Saturday.

Writing on Twitter, Dupont-Aignan, who heads the right-wing party Debout la France and has run for the presidency several times, said that “by launching a missile at Poland and accusing the Russians, Zelensky almost triggered World War III.”

“Let’s stop supporting this dangerous man. [We should] urgently make up a peace plan,” he added.

Following up on his post, he claimed that the Ukraine conflict could be resolved only if Moscow and Kiev agree to a ceasefire and autonomy is given to the two Donbass republics, as the Minsk agreements were designed to do. Both the Donetsk and Lugansk People’s Republics recently overwhelmingly voted to join Russia in public referendums. The politician also argued that any peace plan would have to include “Russia’s retreat” and “Ukraine’s neutrality.” 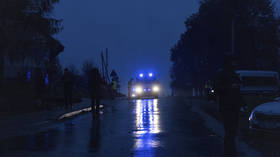 On Tuesday, two civilians were killed when a missile landed in the Polish village of Przewodow near the Ukrainian border. Shortly after the incident, Poland signaled that it may invoke Article 4 of the NATO Treaty, which allows any member of the bloc to request consultations if it believes that its security is at risk. Western officials subsequently admitted that the missile was of Ukrainian and not Russian origin.

However, following the blast, Zelensky pinned the blame on Russia, calling the incident “a very serious escalation” and as an attack on NATO that demands a response. Later, however, he toned down his claims, admitting that “we do not know for 100%” what caused the explosion.

The Russian Defense Ministry denied any involvement in the incident, saying its military experts had analyzed the photos from the scene and identified the debris as parts of an S-300 air defense system missile used by Ukraine.

France, along with many other Western countries, has been providing Ukraine with military aid to support it in its fight against Russia. In recent months, Paris has sent to Kiev a number of Caesar self-propelled howitzers, MILAN anti-tank missiles, and other military hardware. (RT)