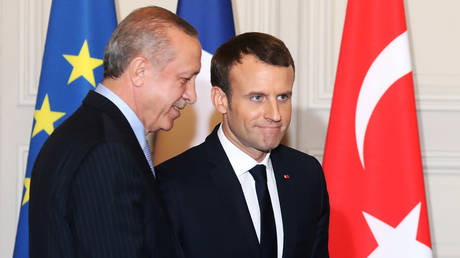 France’s foreign minister has called for more action from Turkey to fix the fragile ties between the two nations, despite accepting that Ankara has taken steps to cool tensions by ceasing insulting Paris and the European Union.

Turkey and the European Union have been in a war of words in recent months, as tensions rise between the two sides, particularly Ankara and Paris, over French President Emmanuel Macron’s approach toward tackling radical Islam and religious extremism domestically and abroad.

Back in October 2020, President Recep Tayyip Erdogan questioned Marcon’s mental state, saying that he needed his head examined over his remarks about “Islamist separatism” and failure to condemn caricatures of the Prophet Mohammad.The Turkish leader went further with attacks on European leaders, accusing them of being “fascists in the true meaning of the world” and calling them the “link in the Nazi chain.” (RT)