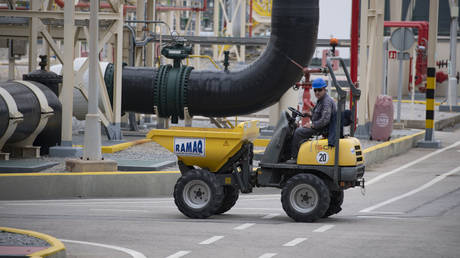 A major gas pipeline project advocated by Madrid and Berlin has faced resistance from Paris, El Pais and several other Spanish news outlets reported this week, citing a letter by the French Ministry of Energy Transition.

Spain imports natural gas from Algeria through two undersea pipelines – the Maghreb-Europe and the Medgaz.

Dubbed the Midi-Catalonia Pipeline or MidCat, the project aimed to create a gas transit network spanning hundreds of kilometers across Spain and France and provide some 7.5 billion cubic meters of gas transit capacity. It was first pitched in 2015, but was canceled in 2019 by France, which was to cover a major portion of its costs and deemed it financially non-viable. 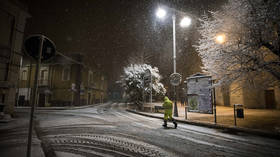 US has doomed EU to hunger and cold – Russia

The MidCat idea was revived in May 2022, amid fears of a looming energy crisis due to potential cuts in gas supplies from Russia – the continent’s major energy supplier – amid the conflict in Ukraine. Madrid and Berlin are “pushing hard to revive it,” according to El Pais. Paris, however, appears unconvinced.

“Such a project would require, in any case, many years [for it] to become operational,” the French ministry led by Agnes Pannier-Runacher said in an emailed statement, seen by El Pais and several other Spanish outlets.

It would take many years to complete just the relevant studies and other documentation related to such a project, the ministry argued, adding that MidCat is unlikely to help with the current energy crisis in the EU or the potential shortages this winter. Instead, Paris suggested building more liquified natural gas terminals, calling them “smaller and faster investments.”

Building a pipeline might also interfere with climate goals, the French ministry said, adding that “to meet both the current energy challenge and the climate challenge, we will have to reduce our gas consumption and accelerate the development of carbon-free energy [sources].” 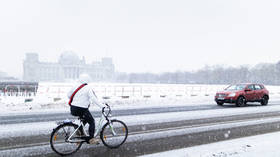 German Chancellor Olaf Scholz said at a press conference in Berlin last week that he asked his Spanish and Portuguese counterparts to “discuss” the project, adding that he was “in talks” with French President Emmanuel Macron and the EU Commission head Ursula von der Leyen.

Spain’s Third Deputy Prime Minister Teresa Ribera followed up by saying the Spanish part of the project could be ready “in eight or nine months.”

Macron has not made any public statements on the project to date, however. France’s energy transition ministry maintains that MidCat must be a “subject to dialogue between the affected member states,” adding that “European solidarity and our climate goals” should be taken into account as well.

Authorities in Madrid said on Thursday that they were “not aware of any official communication from the French government” on the issue to date. Ribera also reportedly argued that the pipeline could be used to transport hydrogen – which is considered one of renewable energy sources – in the future. The idea prompted some Spanish officials to suggest that Paris fears competition to its energy exports. 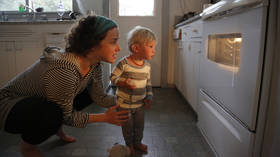 “France is afraid of green hydrogen [energy] from the south,” said a Spanish MEP Nicolas González Casares, adding that the French authorities “want to protect their nuclear power.” According to the Spanish media, Paris insists that “uncertainties are very high about the production and consumption capacities” of hydrogen in the future.

Earlier this month, the bloc approved a plan that would see member states reduce their gas consumption by 15%, in a bid to tackle the crisis. (RT)