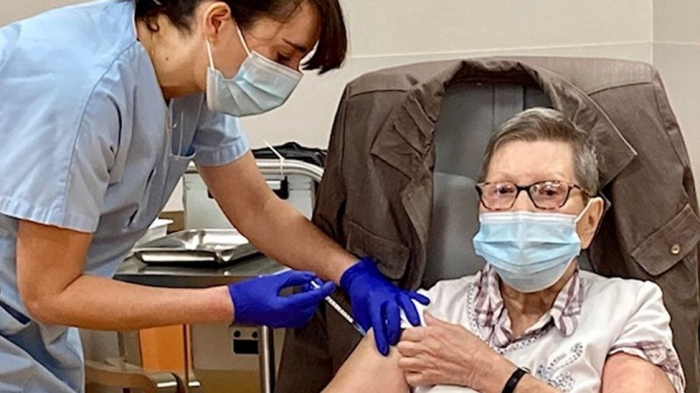 France began a nationwide campaign to inoculate people over 75 on Monday as officials sought to ease concerns about deliveries of coronavirus vaccines, according to France 24.

France, which saw its death toll rise past 70,000 at the weekend, has so far given priority to healthcare workers and elderly people in their care.

The new phase in its vaccination drive, under fire for its slow start, comes as nations across the world are doubling down on restrictions to fight the rampaging pandemic.

The contagion is showing no signs of slowing down, with infections surging past 94 million and more than two million deaths, and Europe among the hardest-hit parts of the world.

Worries have grown that delays in the delivery of the Pfizer-BioNTech vaccine could hamper a European rollout that has already come under heavy fire for being too slow.

Read more:   Azerbaijani official: Football should not be politicized

US drugmaker Pfizer, which developed the jab in collaboration with Germany’s BioNTech, said it was working to “significantly” scale up production at its plant in Belgium in the second quarter.

After a short delay, deliveries should be back to the original schedule to the EU from January 25.

“There’s a dip,” said France’s Europe minister Clement Beaune. “But it’s better that it happens now when we have stockpiles than when the wider vaccination campaign starts.”

He told France Info that a limited delay should not present a huge problem.

The long process of vaccine rollouts mean countries still have few options but to rely on lockdowns, curfews and social distancing to control the spread of the virus.

Switzerland and Italy are tightening their restrictions from Monday and Britain will require all arrivals to quarantine and show negative tests.

France’s government chose last week not to declare a third nationwide lockdown, opting instead for an earlier evening curfew, starting at 6pm.

Turkey will continue to stand by brotherly Azerbaijan – ministry

The Joint Turkish-Russian Monitoring Center, which was launched on January 30, 2021 to control the…

Azerbaijan condemns attacks on Pakistan by Armenian lobby in US