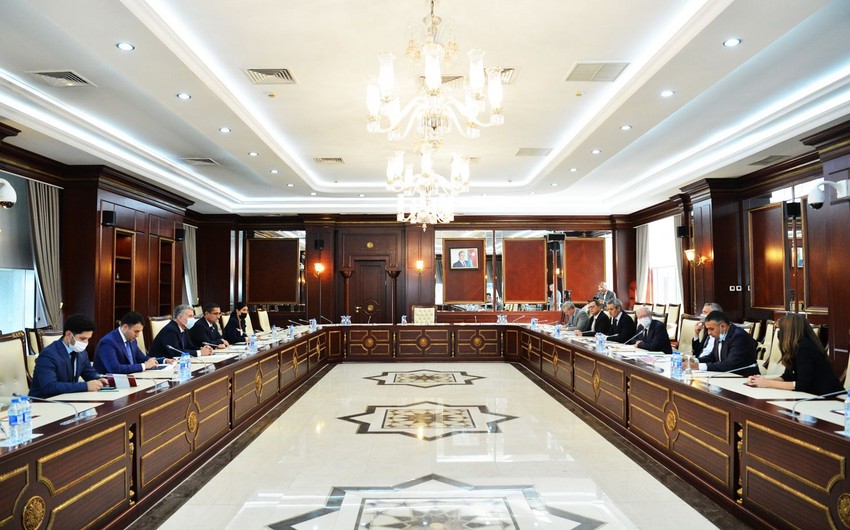 The head of the Azerbaijani-French working group on inter-parliamentary relations, Soltan Mammadov, and members of the group met with representatives of the French National Commission for the elimination of anti-personnel mines.

Soltan Mammadov noted that a year has passed since Azerbaijan liberated the lands occupied by Armenia for 30 years as a result of the 44-day Patriotic War, Report informs.

He stressed the importance of the timing of the visit of members of the French National Commission for the elimination of anti-personnel mines to Azerbaijan.

Soltan Mammadov spoke about the problem of minefields and their clearance in the liberated areas, which hinders the construction and restoration work carried out by Azerbaijan.

It was stressed that if Armenia submits all minefield maps to Azerbaijan, the lives and health of tens of thousands of Azerbaijani citizens will be saved, the process of restoring the liberated territories, and the return of IDPs will be accelerated.

Gerard Senelle, President of the French National Anti-Personnel Mine Action Commission, spoke about the commission he represents, France’s experience in dealing with the problem of mines and unexploded ordnance, and expressed his intention to cooperate with Azerbaijan in this field.