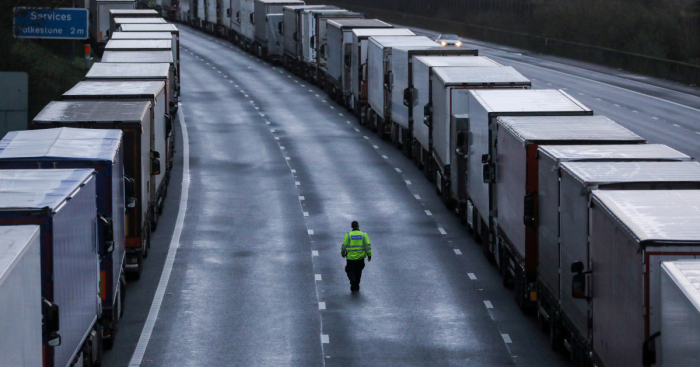 New border controls went into force in France on Sunday as part of a massive effort to contain the spread of Covid-19 and avoid another nationwide lockdown, according to AFP.

After a slow start to vaccinations, French health authorities reported that a million people had received coronavirus inoculations by Saturday.

But stubbornly high new rates for infections, hospitalisations and Covid deaths fuelled fears France may need another full lockdown, which would be the third, inflicting yet more devastation on businesses and daily lives.

Starting Sunday, arrivals to France from European Union countries by air or sea must be able to produce a negative PCR test result obtained in the previous 72 hours.

The requirement had already applied to non-EU arrivals since mid-January.

EU travellers entering France by land, including cross-border workers, will not need a negative test.

Some 62,000 people currently arrive in French airports and sea ports from other EU countries every week, according to Transport Minister Jean-Baptiste Djebbari.

Paris’s main international airport Roissy-Charles-de-Gaulle has set up testing centres in a terminal dedicated to intra-EU flights to allow arriving passengers who failed to obtain a test in their country of origin to get one before passing immigration.

The UN-Azerbaijan cooperation framework, which was signed on March 1, will support Azerbaijan’s to build a…

The Minister of Defense of the Republic of Azerbaijan, Colonel General Zakir Hasanov sent a…

11:26 Four veterans sent by YASHAT to Turkey return to Azerbaijan

11:17 Bodies of two more servicemen handed over to Armenia

11:13 ‘Germany was a small ‘c’ conservative society until Merkel transformed it into this cultural Marxist nightmare’

10:39 Jeep Grand Cherokee may be renamed due to native American tribe

06:13 “We condemn unequal, unfair distribution of vaccines among developing and developed countries”

22:39 Baku to host congress dedicated to people with special needs

21:13 ‘QAnon Shaman’ says he was ‘waved’ into Capitol by police & stopped rioters from stealing muffins, in bizarre interview from jail

21:13 If Armenia acts normally, it can take advantage of process – President Aliyev

17:39 40 containers shipped from Uzbekistan to Turkey via BTK

17:26 Central Bank of Turkey gets a rise in currency reserves

17:13 Duterte can choose which Covid-19 vaccine he gets because ‘he’s the president’ and he’s old, says Philippines govt spokesman

16:26 Azerbaijan opens door to a new era in the region- Erdogan