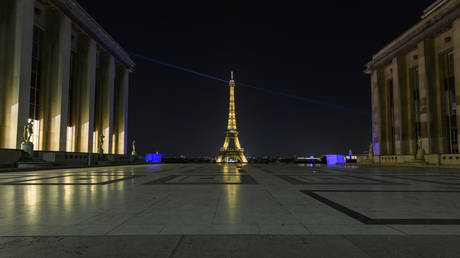 France may face rolling blackouts this winter if its electrical grid comes under severe stress due to cold weather and high demand, Xavier Piechaczyk, the head of energy regulator RTE, said on Thursday.

In an interview to France Info radio, he highlighted the risks of power supply shortages in January as the country struggles to restart its nuclear reactors, which were put offline for maintenance.

France produces roughly 70% of its electricity from a nuclear fleet of 56 reactors and 22 of them are currently shut down, causing a sharp drop in power generation.

The outages have compounded the energy woes, as the EU struggles with a sharp drop in natural gas deliveries from Russia. While France is less dependent on Russian energy than other EU countries, the lack of domestic power generation that the nuclear industry normally provides is forcing the country to buy electricity from its neighbors.

The French government has prepared a contingency plan and instructed local authorities on how to handle possible power outages and how to prioritize electricity allocation.

Although officials claim that blackouts would not occur across the entire country and would only affect small segments of the grid, millions of people are at risk of being left without electricity when demand peaks to heat households.

“Any scheduled outages should not affect more than 4 million users simultaneously,” the instructions released by the French government say, as quoted by Reuters. According to the document, blackouts should not last longer than two hours and would happen during peak hours, from 8:00 am to 1:00 pm and 6:00 pm to 8:00 pm.

The country’s authorities have warned that this might impact some public services, saying that schools may be closed and trains canceled during the days of insufficient supplies.