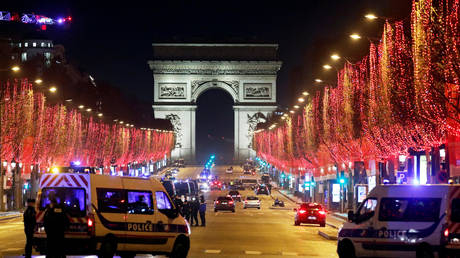 The French authorities have vowed to increase their presence on the streets this weekend as France struggles to enforce a 6pm-6am curfew amid soaring Covid-19 infections across the country and in the capital.

“If the police find groups of people in which respect for social distancing cannot be guaranteed, in particular on the banks of the Seine and in public parks and gardens, they are instructed to proceed with their evacuation,” the Paris police department confirmed on Friday, as it announced the mobilization of 4,400 officers this weekend.

The police also urged people to ensure they reduce their social contacts to a maximum of six people and avoid any travel outside the Paris metropolitan area in order to prevent spreading the virus to other regions.

Also on rt.com Ban vaccine export? We can do the same, French minister says, after Italy stopped AstraZeneca shipment to Australia

“If, during gathering in public places, it is found that the sanitary measures in force are not respected, people will be dispersed immediately,” the statement adds. (RT)