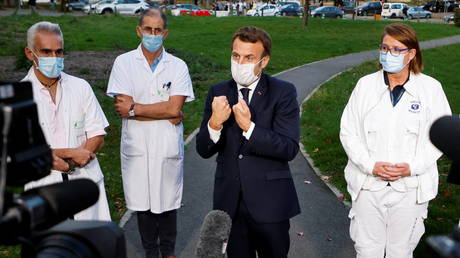 The number of confirmed Covid-19 cases in France has crossed the million mark, with President Emmanuel Macron predicting the country will have to suffer the virus until at least summer 2021.

Another 298 people succumbed to the disease over the latest reporting period – 136 more than on the previous day. The total death toll in the country now stands at 34,508.

France is the second nation in Western Europe to reach a million cases, after Spain passed the grim threshold earlier this week. The US, with 8.4 million cases, remains the most infected country in the world, followed by India (7.8 million), Brazil (5.3 million), and Russia (1.5 million). (RT)