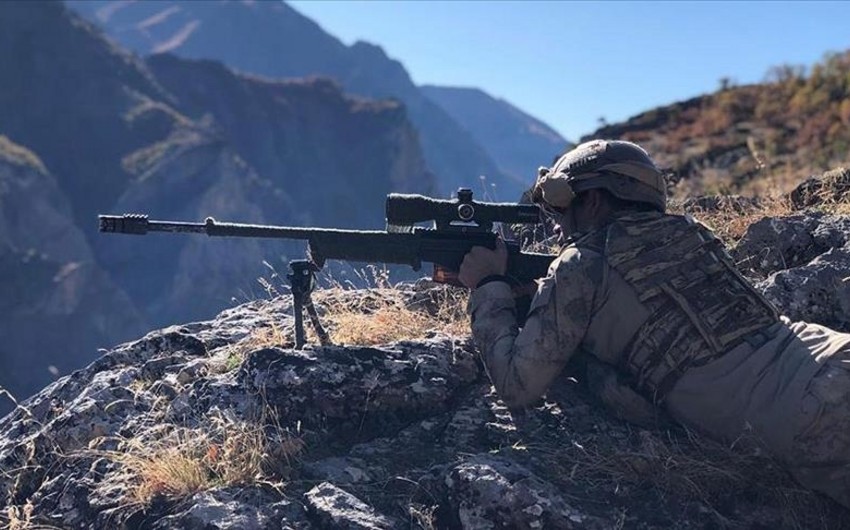 In operations of the Turkish Armed Forces in northern Iraq and Syria, four terrorists were neutralized, Report informs, citing the Ministry of National Defense of Turkey.

Three PKK terrorists were neutralized in northern Iraq: two by an airstrike in the Pençe Yıldırım operations zone and another by a UAV strike in coordination with the Turkish Intelligence Organization (MİT) in Zap region.

Another militant YPG (the Syrian military wing of the PKK) was neutralized in northern Syria by fighters of the Turkish special forces. The militant was plotting an attack on the zone of Operation Peace Spring, the ministry said in a statement.