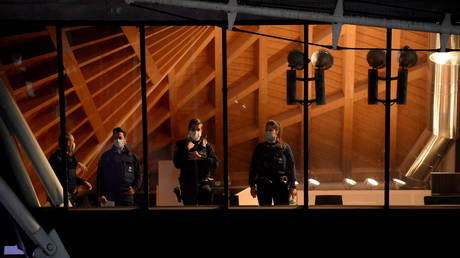 Police officers are seen before a trial of Iranian diplomat Assadollah Assadi, at the court building in Antwerp, Belgium, November 27, 2020. © Reuters / Johanna Geron

An Iranian diplomat and three of his compatriots go on trial in Belgium on Friday after being accused of plotting to bomb an opposition rally outside Paris in 2018, in the first such proceedings in Europe.

The diplomat, Assadolah Assadi, who was formerly based in Vienna, and the three others have been charged by prosecutors in Belgium with planning an attack on a meeting of the National Council of Resistance of Iran (NCRI). The exiled opposition group is headquartered in the French capital. (RT)