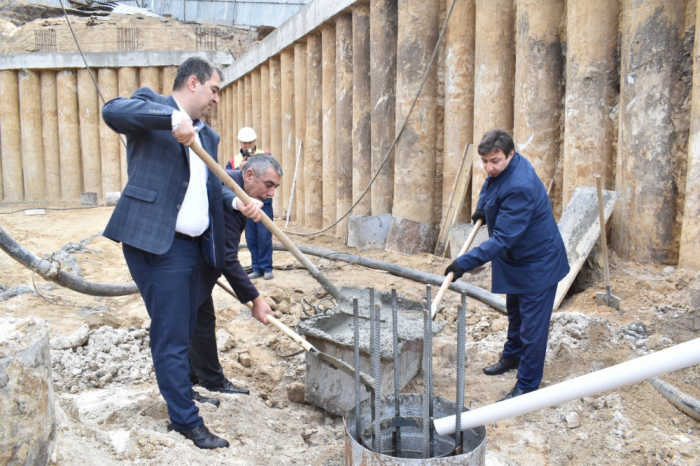 A ceremony of laying a foundation stone for a multifunctional building named after the great Azerbaijani poet and thinker Imadaddin Nasimi has been held in Kyiv, Ukraine, according to AZERTAC.

To be built on the initiative and upon request of the Azerbaijani Embassy in Ukraine, the cultural and historical complex will accommodate the Center, Museum, Conference hall, as well as a guest house named after Nasimi.

Prior to the groundbreaking ceremony, the embassy staff attended the landscaping works around the Nasimi’s statue erected in the park in front of the complex and planted new trees there.

Ambassador of Azerbaijan to Ukraine Azer Khudiyev then laid the foundation stone for the new building. In his remarks at the ceremony, Ambassador Khudiyev emphasized the importance of building such a complex in terms of studying and promoting Nasimi’s heritage. He said the building would be commissioned in December 2020. “A statue of Nasimi was erected in one of the Kyiv’s central parks following the announcement of 2019 as the “Year of Nasimi” in Azerbaijan by President Ilham Aliyev. The foundation stone, which is laid today for the multifunctional building, is held as part of a series of events marking the 650th anniversary of great Azerbaijani poet and thinker Imadaddin Nasimi,” he added.

The construction of the building is carried out by “Drujba Narodov SND” company which is owned by Azerbaijani investors.