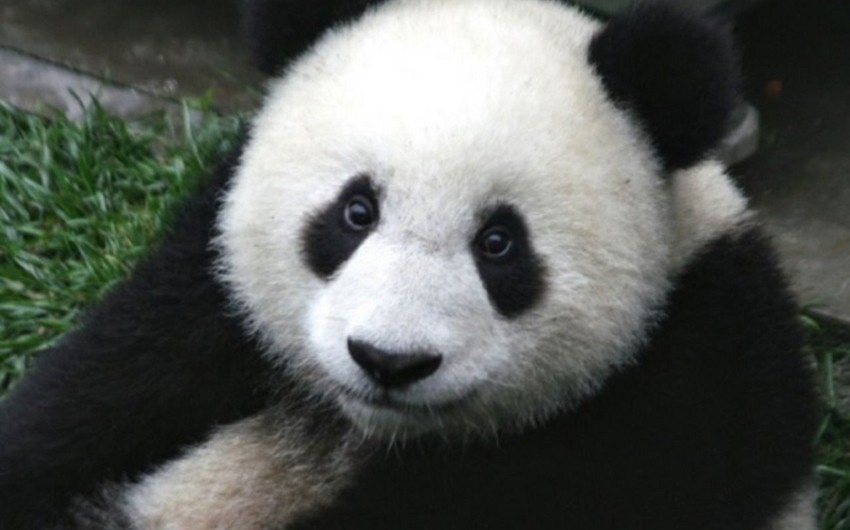 Lumbering through the forested wetlands of Bulgaria around six million years ago, a new species of panda has been uncovered by scientists who state it is currently the last known and “most evolved” European giant panda, Report informs referring to Scimex.

Unearthed from the bowels of the Bulgarian National Museum of Natural History, two fossils of teeth originally found in the eastern European nation in the late 1970s, provide new evidence of a sizable relative of the modern giant panda. Unlike today’s iconic black and white bear however, it was not reliant on purely bamboo.

“Although not a direct ancestor of the modern genus of the giant panda, it is its close relative,” explains the Museum’s Professor Nikolai Spassov, whose findings are today published in the peer-reviewed Journal of Vertebrate Paleontology.

The upper carnassial tooth, and an upper canine, were originally cataloged by paleontologist Ivan Nikolov, who added them to the museum’s trove of fossilized treasures when they were unearthed in northwestern Bulgaria. This new species is named Agriarctos nikolovi in his honor.

The coal deposits in which the teeth were found – which have imbued them with a blackened hue – suggest that this ancient panda inhabited forested, swampy regions.

There, during the Miocene epoch, it likely consumed a largely vegetarian diet – but not purely reliant on bamboo!

Fossils of the staple grass that sustains the modern panda are rare in the European – and, especially, in the Bulgarian late Miocene – fossil record and the cusps of the teeth do not appear strong enough to crush the woody stems.

Read more:   As US finally drops it's opposition to Nord Stream 2, it's clear plans to block the pipeline were always about money, not security

Instead, it likely fed on softer plant materials—aligning with the general trend toward increased reliance on plants in this group’s evolutionary history.

Sharing their environment with other large predators likely drove the giant panda lineage toward vegetarianism.