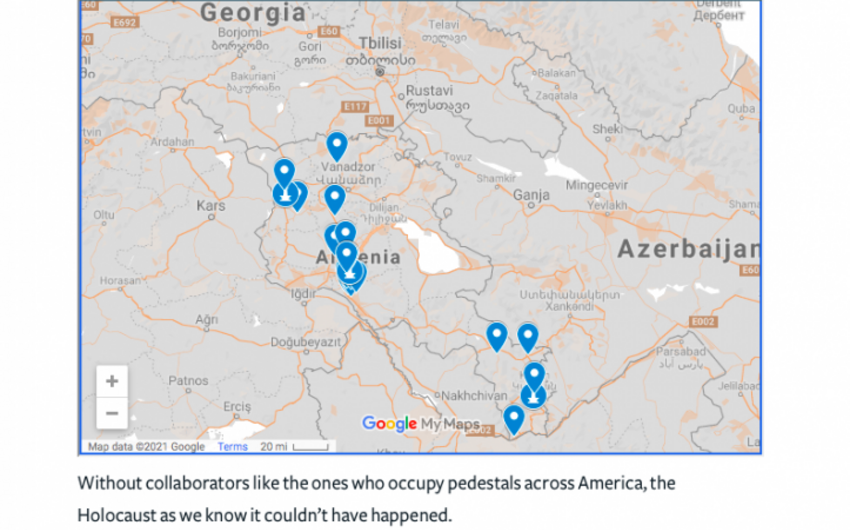 The U.S.-based Forward magazine has released the list of monuments to fascists and Nazis in various countries worldwide.

Report informs, citing the article in the magazine, that there are hundreds of statues and monuments in the United States and around the world to people who abetted or took part in the murder of Jews and other minorities during the Holocaust.

Nazi collaborators from Central and Eastern Europe did not keep accurate records of these monuments and busts as their allies in the Third Reich, making it difficult to determine the exact number of victims.

Such people and their organizations can rightfully be called the culprits of the Holocaust because they played an undeniable role in the so-called ‘definitive solution of the Jewish question.’ They arrested Jews, sent them to concentration camps, or killed them in the forests and deserts of Eastern Europe.

On January 27, the International Day of Remembrance of the Holocaust Victims, the Forward, for the first time, documented them in its collection of articles. The list includes 320 monuments and street names representing people and organizations that have implemented the ‘definitive solution of the Jewish issue’ in 16 countries on three continents.

No one should be surprised that Armenia is one of the leading countries on this list.