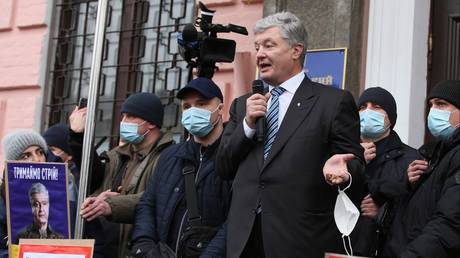 The case is the latest in a series of prosecutions brought against high-profile politicians Former Ukrainian President Petro Poroshenko addresses his supporters outside the Pecherskyi District Court in Kiev, Ukraine. © Sputnik / Stringer

Petro Poroshenko, who served as the president of Ukraine until 2019, is facing an acrimonious criminal prosecution on a string of charges, including treason, which could see him put behind bars for more than a decade if convicted.

The former leader, who is also one of the country’s wealthiest oligarchs, returned to the country on Monday to face the allegations. Poroshenko, who has amassed an estimated $1.6 billion fortune, denies the claims and has branded the prosecution politically motivated, vowing to fight them. Now, though, Ukraine’s ‘chocolate king’ has been ordered to surrender his passport and wear an electronic monitoring tag to ensure he does not flee the country.

What are the charges? The indictment into which hearings began in court in Kiev on Monday alleges that while in office, Poroshenko took part in a scheme to buy 1.5 billion hryvnia ($54 million) worth of coal from the breakaway Donbass in 2014-15, despite restrictions put in place after the two regions seceded from Ukraine and fought a war with Kiev. The deal, prosecutors say, was illegal, and they have accused him of treason and financing terrorism through the purported transaction. 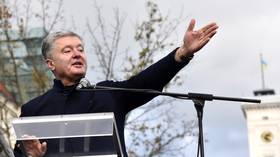 If found guilty, he could face up to 15 years behind bars. To avoid being sent to prison, the former president needs to give up his passport, post bail, and agree to wear an electronic monitoring bracelet, prosecutors told the presiding judge at the Pechersky District Court in Kiev on Monday.
Another suspect in the case identified by prosecutors is serving MP Viktor Medvedchuk, the leader of the largest non-government party in the Ukrainian parliament, Opposition Platform – For Life. He was placed under house arrest last year after also being charged with treason, but the specific charges, believed to be related to his extensive business interests, are still under wraps.
Previously, the ex-president said that 130 criminal cases were initiated against him, but around 40 of them were closed.
In 2020, Ukraine’s State Bureau of Investigation (DBR) announced that Poroshenko was a suspect in a case over the alleged illegal transfer of valuable paintings across the country’s borders.
In June of that same year, he failed to show up for questioning about his alleged illegal appointment of Sergey Semochko as the deputy chief of the Foreign Intelligence Service. 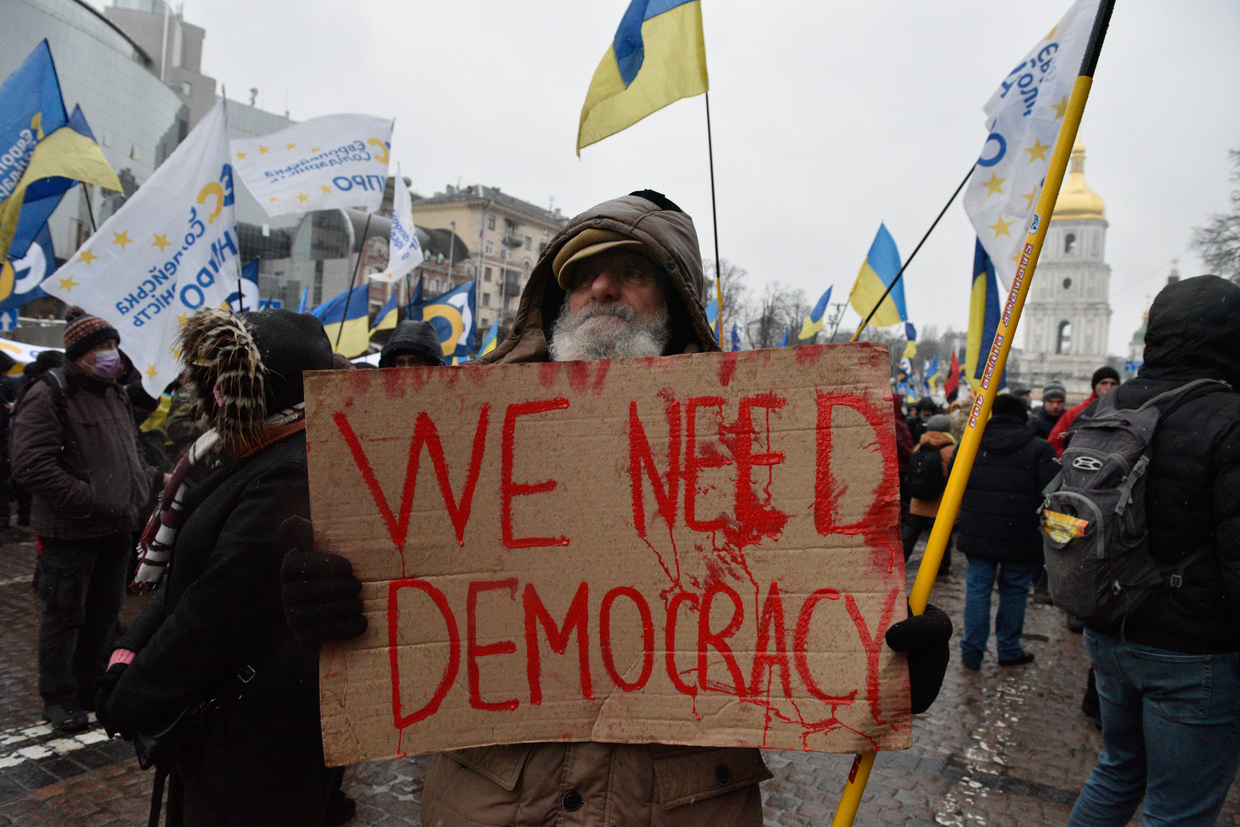 Who is Petro Poroshenko? Poroshenko led Ukraine from 2014 to 2019, pledging during his election campaign that Ukrainians would soon be “living the new way.” However, his term in power started off amid a worsening conflict in the east of the country. He promised on the day after the election that he would bring about a swift end to the war in Donbass, claiming that efforts to push out militants and target ‘terrorists’ “cannot and should not last two or three months. It should and will last hours.”