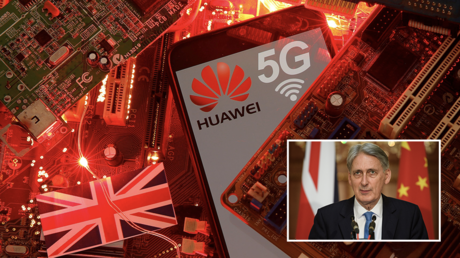 Former Tory Chancellor Philip Hammond has waded into the row over Huawei, accusing his party of ramping up “anti-Chinese” rhetoric and warning that the UK should not be distancing itself from its third largest trading partner.

In an interview with BBC Radio 4’s Today program on Tuesday, Hammond hit out at Conservative MPs who have expressed anger at proposals that would see the involvement of Chinese tech firm Huawei in the UK’s 5G network.

I’m concerned about the outbreak of anti-Chinese sentiment within the Conservative Party.

Hammond conceded that the UK’s relationship with China would present “challenges” and differences would always exist between the two nations, but branded the rise in animosity towards Beijing in recent months as “alarming.” (RT)