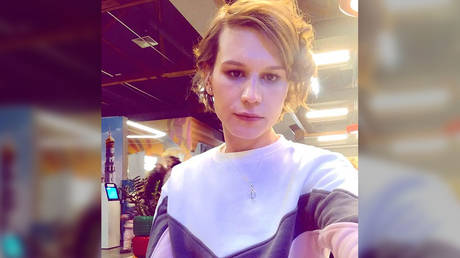 She decided to come out publicly for the sake of fighting discrimination © Instagram / k.m.lady_pink

A transgender woman who worked for Russia’s top domestic security service for more than a decade, before coming out and starting a career as a makeup artist, has spoken out in an effort to tackle social stigma.

In a profile published by local news site Znak on Monday, Katerina Myers, 30, shared her experience of male-to-female transition and hormone replacement therapy, which she undertook while working as a border guard as part of the Federal Security Service (FSB), the successor agency to the KGB. She announced her new identity on Instagram in December, and told reporters she’d decided to do so in order to combat the prejudices she and others have dealt with.

“I want to fight this system of discrimination,” she explained. “There are many people like me in the special forces. There are also gays and lesbians. Does this really make them bad workers? [Russian President Vladimir] Putin said that we have no discrimination, and I’d like for his words to become true.” (RT)