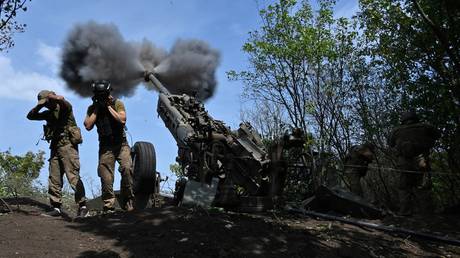 Paul Craig Roberts, who served in the Treasury in the 1980s, claims the US is using Ukraine as a tool to weaken Russia FILE PHOTO. © SERGEY BOBOK / AFP

Despite public statements to the contrary, the administration of US President Joe Biden is not at all concerned about the plight of Ukrainians and is prepared to sacrifice the nation on the altar of weakening Russia, an official who served under Ronald Reagan believes.

Paul Craig Roberts, who was assistant secretary of the Treasury for Economic Policy in the 1980s, also alleged that the Russian military had until recently been refraining from unleashing all of its might on Ukraine.

In a piece published on his website on Friday and titled ‘It Seems Russia Won’t Require a Winter Offensive to Win the War’, Roberts said that Moscow’s latest missile strikes targeting critical infrastructure across Ukraine are a sign that the Kremlin “finally realized that Russia is at war.”

According to the former official, for eight months since the start of its military campaign, Russia had been “protecting Ukraine from attack, thus helping Ukraine to conduct war against the Russian forces.”

Despite that alleged strategy now having been revised, Russia still does not want to “destroy everything unless the West and its puppet Ukraine government fail to come to their senses.” 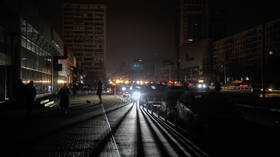 The reason Moscow decided to spare its neighbor, Roberts argued, is that “Ukraine and the population there have been a part of Russia for centuries.”

Moreover, having a poverty-stricken, bombed-out country on its border is not in Russia’s own interest, the ex-Treasury official said.

On the other hand, “from Washington’s standpoint, the more Ukraine is destroyed the better,” Roberts alleged, explaining that such an outcome would end up being an “economic and financial drain on Russia.” He also insisted that the US leadership does not care about the price the Ukrainians would have to pay in such a scenario.

“It is unjust that it is Ukraine that is paying the cost of Western inhumanity and not Washington and the European capitals,” Roberts wrote.

He went on to lay into the “Western whore media,” accusing them of failing to report the true situation on the front lines. Reports of Russia’s heavy losses and imminent defeat are all totally misleading, he insisted.

He warned that “such absurd propaganda” and underestimation of Russia’s military capabilities could see the US and NATO becoming directly involved in the conflict, thus provoking World War III.

Since the start of Russia’s military operation in Ukraine, the West has been providing Kiev with massive assistance both in terms of weapons and money. Moscow has repeatedly warned that arms shipments will only prolong the conflict and increase the risk of a direct confrontation between Russia and NATO. A number of top Russian officials, including Foreign Minister Sergey Lavrov, have accused the bloc of waging war against Russia “by proxy,” while President Vladimir Putin has described his country as fighting “the entire Western military machine.” (RT)