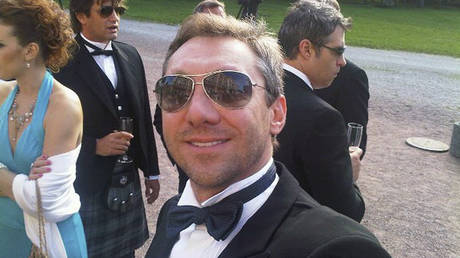 While she did not provide any details of his death, she denied earlier reports that the 52-year-old businessman had committed suicide.

On Tuesday, journalist Yuniya Pugacheva announced on her Telegram channel that Rapoport had killed himself, but not before apparently letting his dog out into a park along with some money and a suicide note attached. The journalist also claimed she had seen Rapoport in a London bar in May surrounded by young women and suggested that his wife had left him.

“There were no letters, no suicide, no trip to London and no divorce,” Rapoport’s widow told the RBK news outlet, adding that she was supposed to meet her husband in the US. 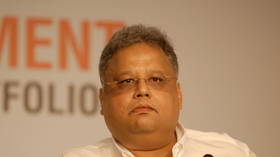 “We had plans, he had planned meetings, other plans.. Dan evacuated us from Kiev and returned to Ukraine to help the country. We were supposed to meet later in the US,” she said.

Rapaport was born in Riga, Latvia. In the 1980s his family emigrated to the US but after the fall of the USSR in 1991 he went to Moscow to become an investment banker. In 2007 he co-founded the Soho Rooms club which became one of the most popular nightclubs in the Russian capital, often frequented by the rich and famous.

After publicly throwing his support behind Russian opposition leader Alexei Navalny, Rapoport left Russia in 2012 and moved back to the US with his then-wife Irina and two children. He lived in Washington DC until 2016 before splitting up with his fiance and selling their mansion to Donald Trump’s daughter Ivanka for $5.5 million.

Since then he had been living in Kiev with his second wife Alena, with whom he had a daughter.

Five years ago, Sergey Tkachenko – another co-founder of the Soho Rooms – was found dead after seemingly jumping out of the window of his apartment in central Moscow. (RT)