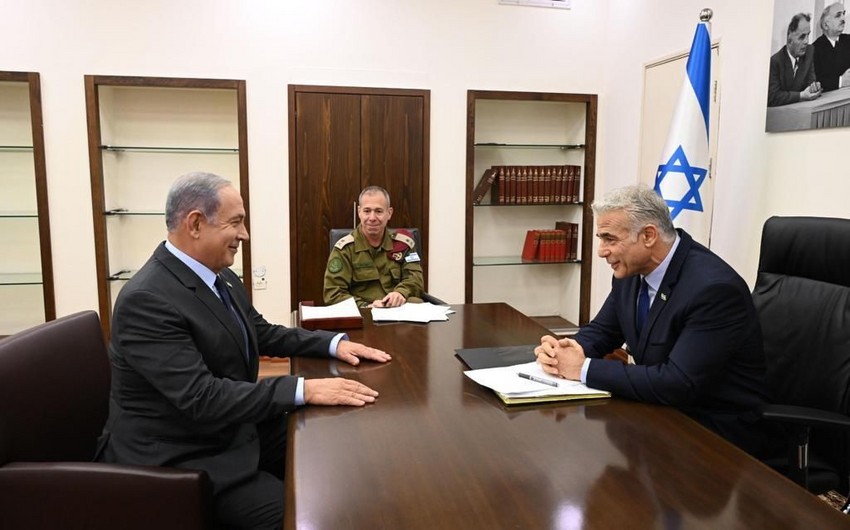 Israeli opposition leader Benjamin Netanyahu met with Prime Minister Yair Lapid on Sunday to receive a security briefing on the IDF’s Operation Breaking Dawn against Palestinian Islamic Jihad in Gaza, marking the end of the former premier’s boycott of the standard procedure, which is mandated by law, Report informs via The Times of Israel.

Speaking to reporters at the conclusion of the meeting, held at Lapid’s office in Tel Aviv, Netanyahu said he gave his “full backing to the government, the IDF, and the security forces.”

“I received a detailed update [on the IDF operation against Palestinian Islamic Jihad in Gaza]. I listened carefully. I offered some advice based on my own experience… and I think that advice can be very useful for the state of Israel,” he said of the meeting, which was also attended by Lapid’s military secretary, Avi Gil.