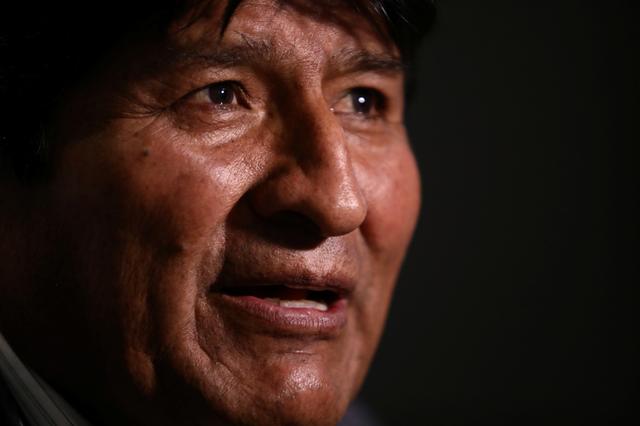 Ousted Bolivian president Evo Morales said fresh elections could be held in the country without him, in an interview with Reuters in Mexico City on Friday.

Morales resigned under pressure on Sunday after weeks of protests and violence following an Oct. 20 election that awarded an outright win to him but was tarnished by widespread allegations of fraud.

Bolivian interim President Jeanine Anez, who took over on Tuesday after a spate of resignations, has said she wants to mend bridges with Morales’ Movement for Socialism (MAS) party. She has said, however, that Morales himself would not be welcome as a candidate in the next election.

The interim government and MAS lawmakers appear to have reached an accord to hold a new presidential election, but have not chosen a candidate.

Morales said in the interview he did not know who would be the MAS candidate, adding that it would be for the people to decide.

Read more:   UN Secretary General: Some 72 per cent of detected victims of trafficking in persons are women and girls

Morales, who has been given asylum in Mexico, said he wants to return to Bolivia as soon as his resignation is approved by the Bolivian legislature.