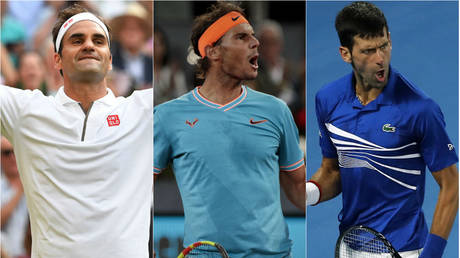 If you’re lucky, tennis players such as Rafael Nadal, Roger Federer and Novak Djokovic will come along once in a lifetime. To have three all playing in the same generation is nothing short of remarkable.

Nadal edged closer to Federer’s all-time record tally of 20 Grand Slams when he won the US Open at the weekend, beating Russia’s Daniil Medvedev in a five-set thriller to rank among the best the tournament has ever seen.

Medvedev, 23, was the latest from the ‘Next Gen’ of players to come knocking at the door of ‘The Big Three’ in an attempt to release their Grand Slam stranglehold.

And while Nadal opened the door an inch to let the Russian recover from two sets down, the Spaniard promptly slammed it back in his face to take his 19th Grand Slam title.

That victory was the 12th consecutive Major won by either Nadal, Djokovic or Federer; between them, the trio have claimed 55 of the last 66 Grand Slams, stretching back to Federer’s maiden triumph at Wimbledon in 2003.

Federer, 38, leads the way with his haul of eight Wimbledon titles, six at the Australian Open, five at the US Open, and one on the clay courts of the French Open. 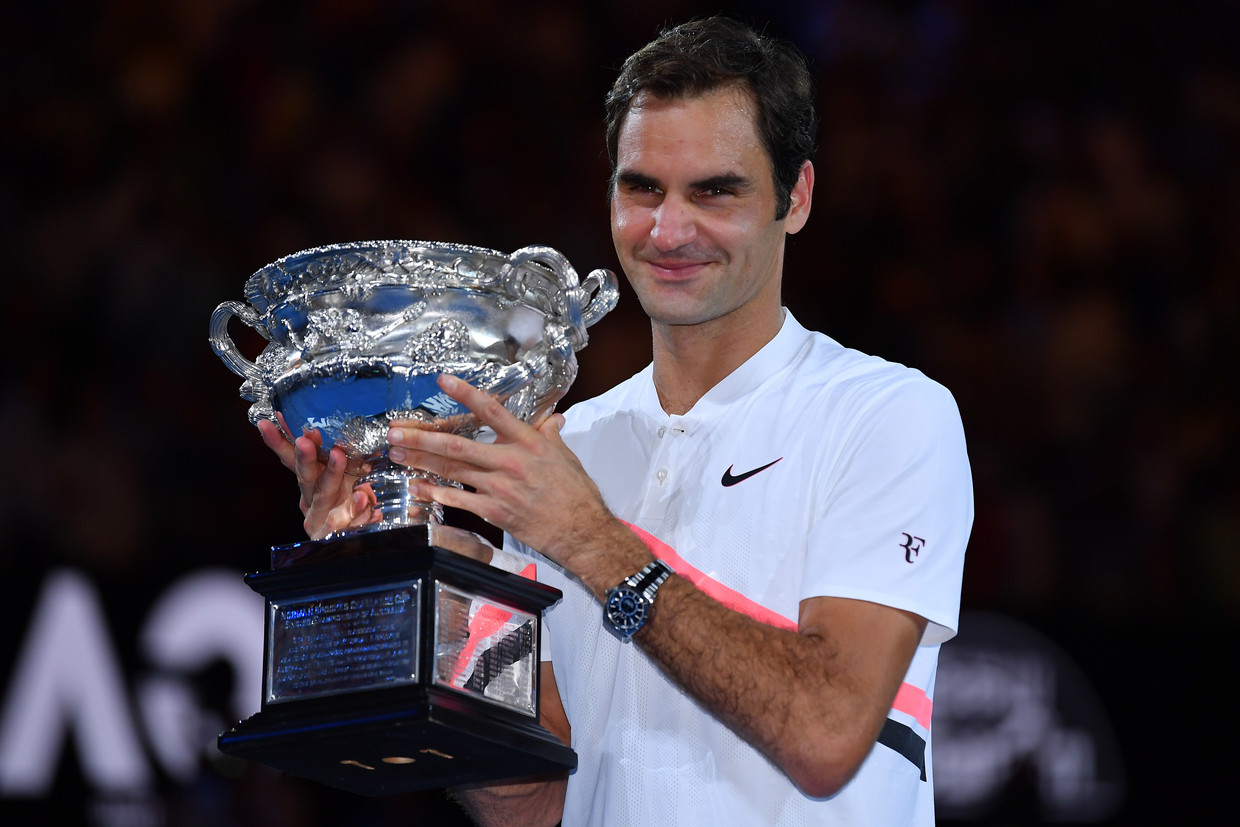 Nadal, 33, has an unprecedented 12 French Open titles along with four at the US Open, two at Wimbledon, and one at Melbourne.

Djokovic, a year younger at 32, comes in at seven Australian Open victories, five at Wimbledon, three at the US Open, and one at Roland-Garros.

For so long, Federer seemed safe on his perch at the top, his record 20 Slams serving as solid foundation to the claims that he is the greatest ever – ‘the GOAT’, to use the term with which social media users are so enamored.

But at 38, and with his last Grand Slam coming in Melbourne at the start of 2018, the Swiss now seems far from guaranteed to add to that tally.

In contrast, Nadal and Djokovic have edged ever-closer as they have shared the last seven Slams between them, and also have age on their side. 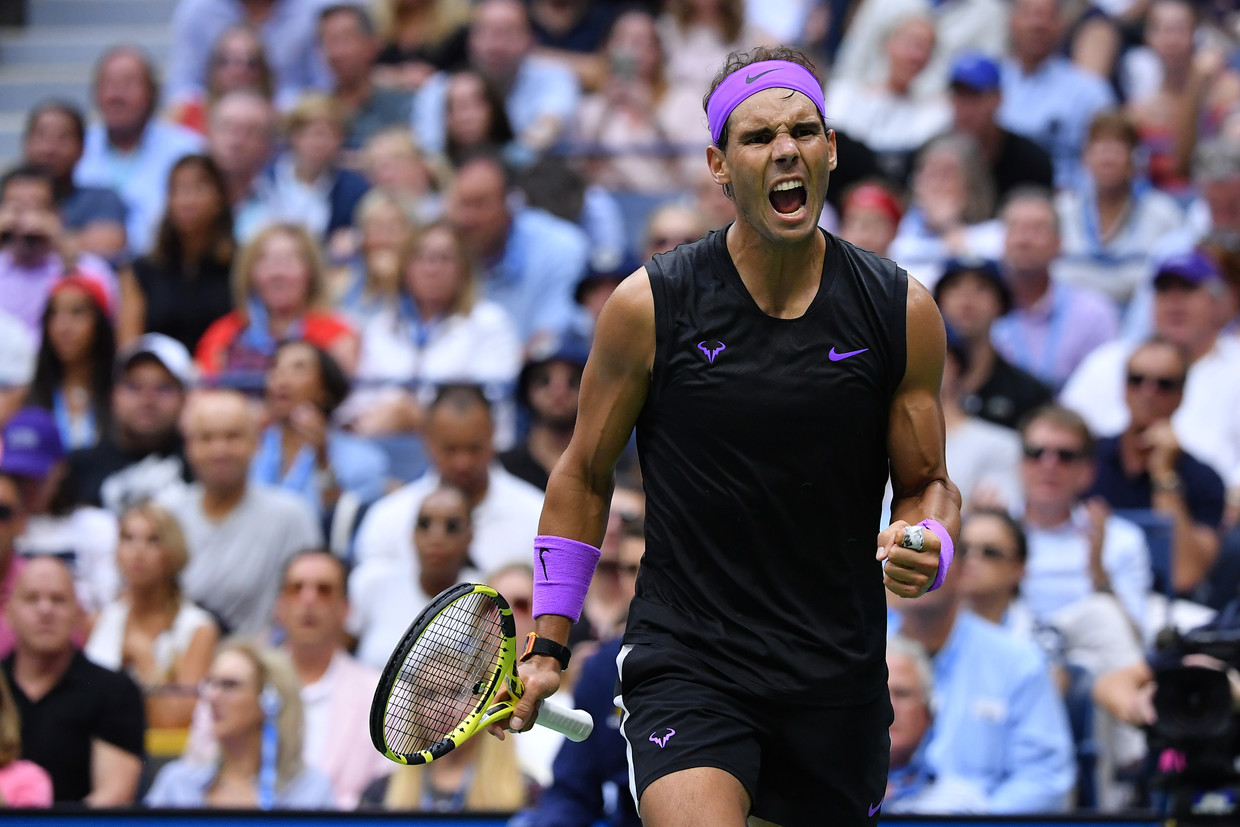 Nadal’s victory over the weekend has already rekindled the debate – not that it has been far from the surface in recent times – as to what overtaking Federer would mean in the greatest-of-all-time stakes.

Will Federer’s Grand Slam haul being caught or overtaken diminish his status? Can we declare someone the all-time greatest based solely on their tally of Majors and nice-guy image? And, given the evident brilliance of all three, is there any need to make it a zero-sum game at all?

Each of Federer, Nadal and Djokovic arguably already has a case to make for being out in front.

Aside from his Grand Slam marker, Federer is top dog among the three based on overall titles, with his haul of 101 ATP trophies (behind only Jimmy Connors’ overall record of 109). Nadal now has 84, while Djokovic has 75.

Federer has also spent easily the longest period as world number one, topping the charts for a record 310 weeks – 237 of those consecutive. 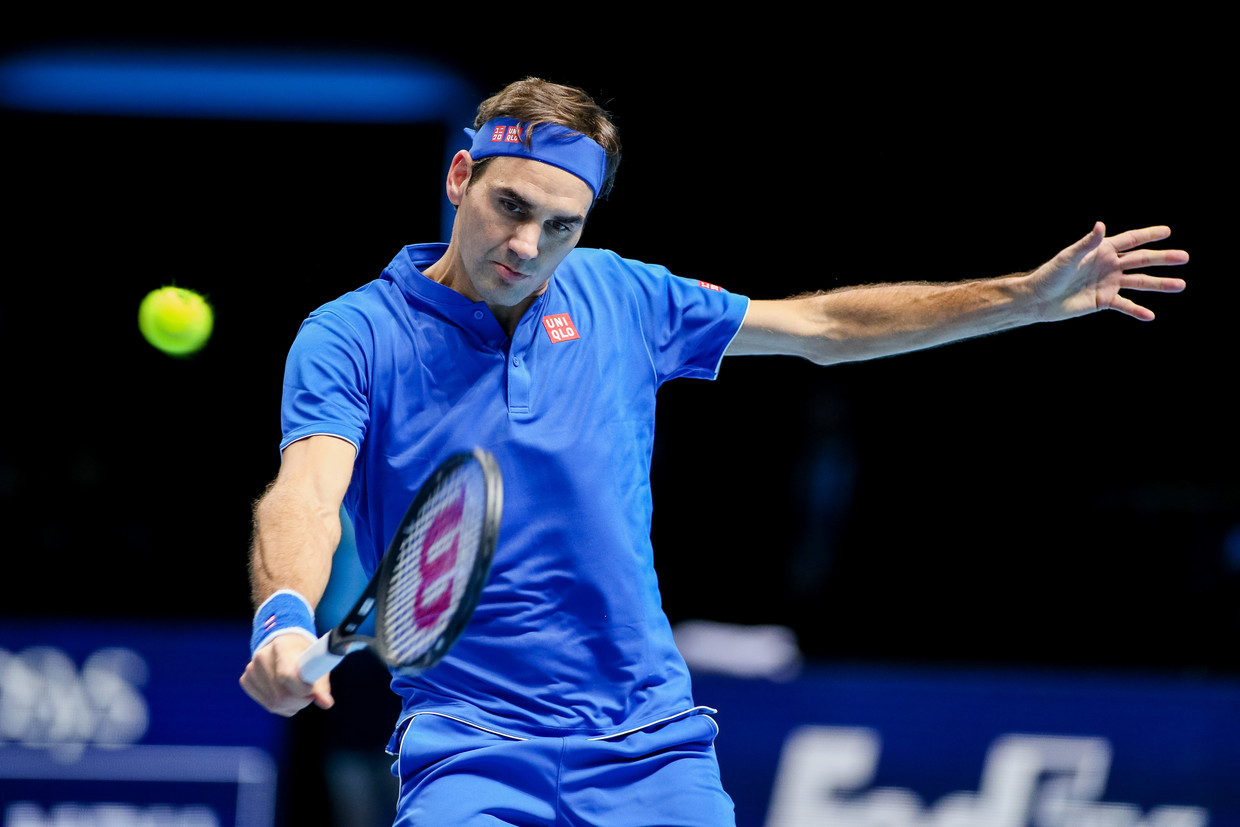 Djokovic is joint-fourth on the list (alongside Connors) on 268 weeks – 122 of those consecutive; Nadal is down in sixth on the overall list at 196 weeks, with 56 consecutive.

Read more:   11 people killed in Pittsburgh Synagogue shooting in US

In terms of ATP Finals titles – considered the most prestigious after the slams – Federer has six, Djokovic five and Nadal none.

But break things down in head-to-head terms and Federer lags behind in the Big Three rivalry.

Meanwhile, Djokovic leads Nadal 28-26 in their encounters, although the Spaniard has a 9-6 advantage at Grand Slams.

Nadal leads the way in terms of prestigious Masters 1000 titles, winning 35 compared to the 33 of Djokovic and Federer’s 28.

Despite an injury-hit US Open, Djokovic will surely recover to add to his 16 Grand Slam titles and close the gap with Federer.

The Serb is the only member of the trio to have won four Grand Slams in a row, starting with Wimbledon in 2015, followed by the US Open of the same year and then the Australian and French Opens of 2016. 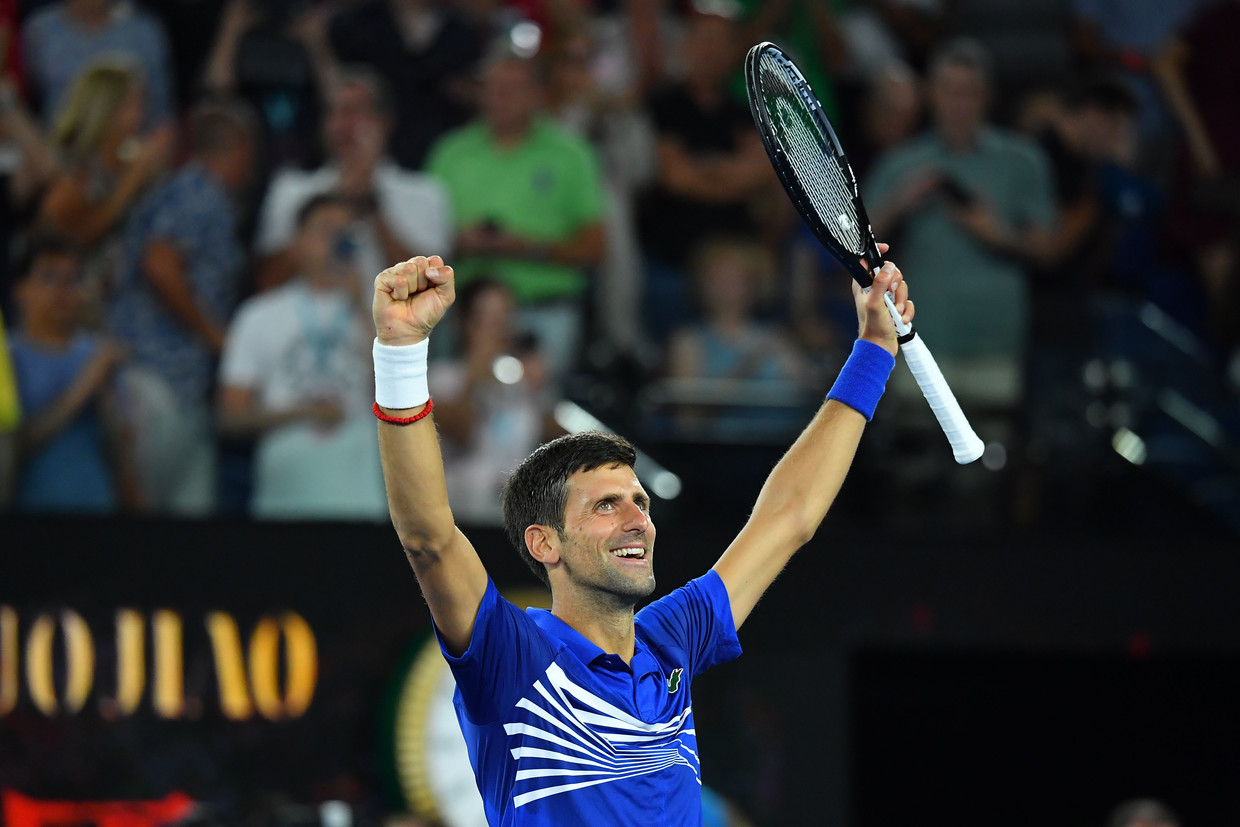 Djokovic is also the sole member of the three to complete a career ‘Golden Masters’, winning all nine elite ATP Masters 1000 events (Ivan Lendl also won all nine, but before the creation of the Masters 1000 series).

Nadal and Djokovic average 3.4 events per major title won, while Federer’s average is a slightly weaker 4.3.

Everywhere you turn in the midst of such mind-boggling brilliance, there are stats to back up the arguments for and against each of the trio.

Beyond the statistical rivalry, the debate over greatness is also fueled by the personalities and perceptions of the three.

Federer undoubtedly enjoys the biggest following across the world’s tennis courts, feted for the elegant, seemingly effortless brilliance of his game. 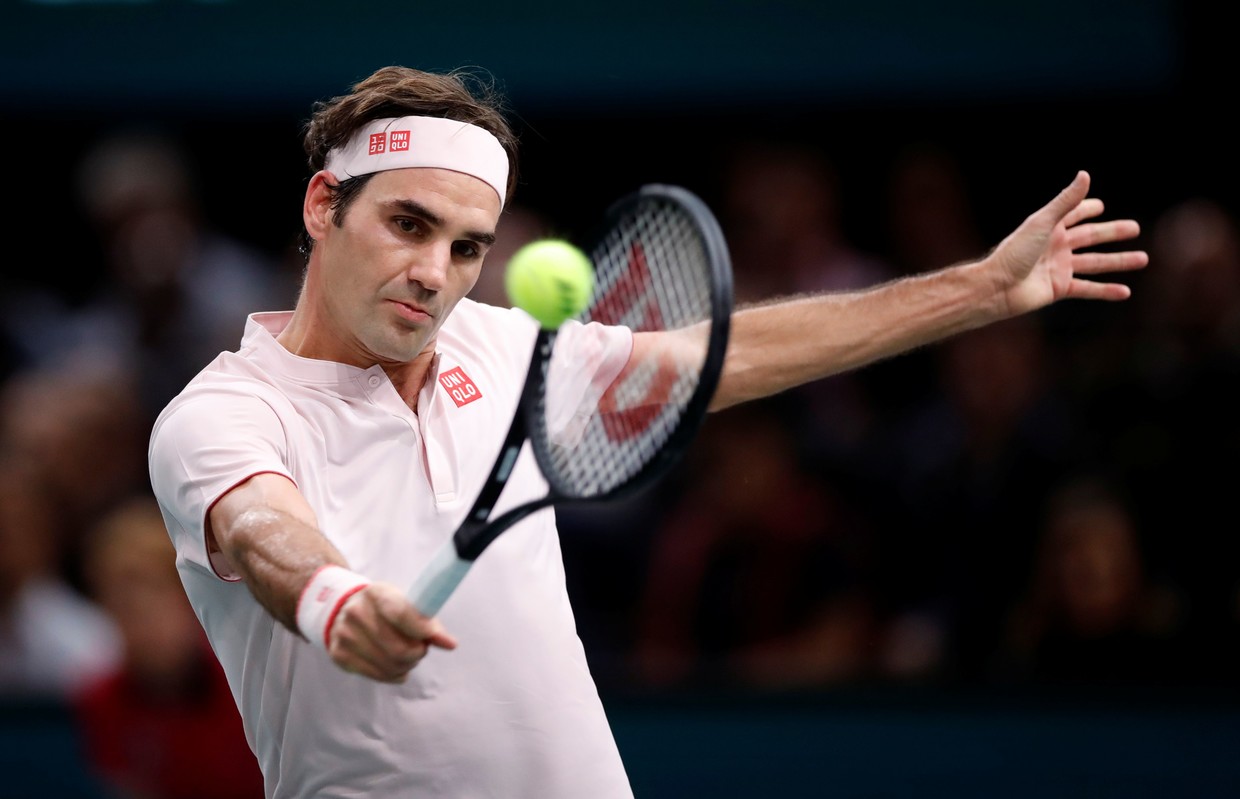 Nadal relies much more on brute force and sheer determination to batter his opponents into submission, but is often seen as the greatest “warrior” the sport has ever produced – also contending with more injuries than either of his rivals. 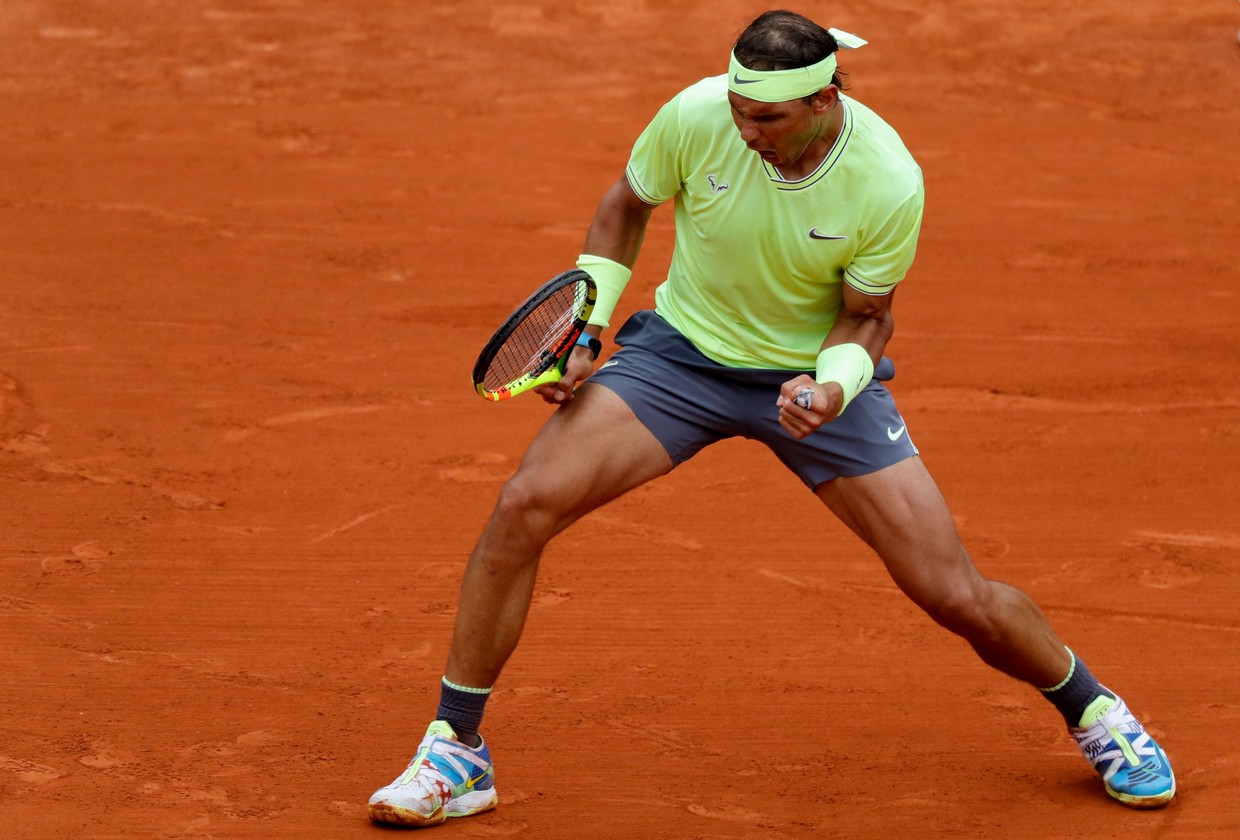 Djokovic is often seen as being robotic, but there is beauty to be found in the metronomic, laser-like focus of his play.

Tennis has, of course, seen other great men’s rivalries down the years: Borg versus McEnroe and Sampras versus Agassi being two such standout examples.

But Federer, Nadal and Djokovic have fed off each other to push their three-way rivalry, and their sport, to even more rarified heights.