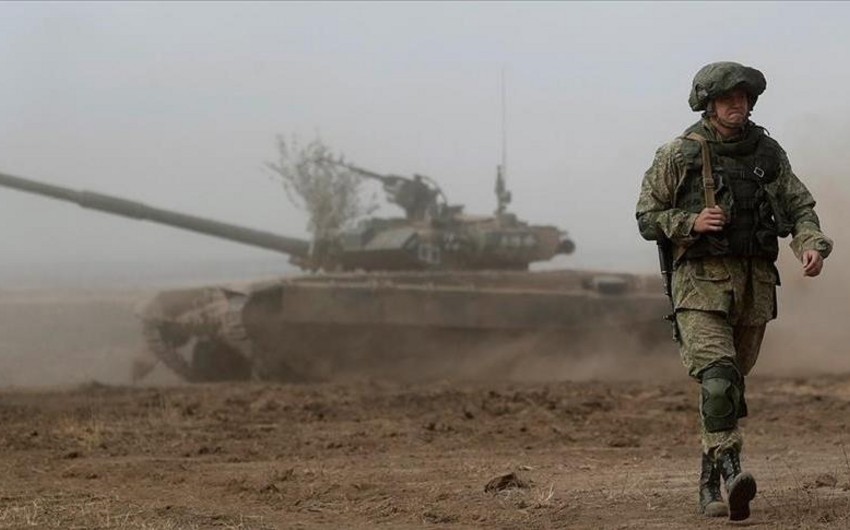 Since Russia first launched its invasion of Ukraine, Moscow has been peeling military forces away from its bases in Northern Europe to plug gaps in its forces suffering high losses and battlefield setbacks against Ukrainian troops, Report informs, quoting from Foreign Policy.

Of an original estimated 30,000 Russian troops that once faced the Baltic countries and southern Finland, as many as 80 percent of them have been diverted to Ukraine, according to three senior European defense officials in the region, leaving Russia with only a skeleton crew in what was once its densest concentration of military force facing NATO territory.

Two European defense officials estimated there could be as few as 6,000 of the original 30,000 Russian ground forces left in Kaliningrad and near the Baltic region. Although that number could change if Russia brings new conscripts into the fold to backfill its forces being ground down in Ukraine, those conscripts are likely to be severely undertrained and poorly equipped.

Read more:   Coronavirus restrictions to be reintroduced in SA from midnight, but no cluster growth

“The drawdown we’ve seen from this region in the past seven months is very significant,” said one senior Nordic defense official, who spoke on condition of anonymity to discuss sensitive military matters. “Russia had this ground force posture facing us for decades that is now effectively just gone.”

The official stressed that Russia’s air power in the region hadn’t changed and that Russia’s Northern Fleet—the crown jewel of its naval power, which is based in the Kola Peninsula—has remained relatively untouched. But Russia is moving other high-end military hardware, including antiaircraft systems and missiles, away from the region to Ukraine alongside its troops. Russia appeared to remove some S-300 antiaircraft systems from a protective ring around St. Petersburg, one of Russia’s largest cities that is near Finland’s border, according to satellite imagery obtained by Finnish media outlet Yle this month. One missile basing area in the region, manned by Russia’s 500th Antiaircraft Missile Regiment, appeared to be abandoned entirely, according to the satellite imagery.

Read more:   Former mayor of Tbilisi dies in traffic accident on the way back from Azerbaijan

A significant number of the Russian forces pulled away from the region are in Russia’s 6th Army, which until recently had been responsible for fighting in the Kremlin-occupied Kharkiv Oblast that has been overrun by a lightning Ukrainian counteroffensive in the last month. The 6th Army is typically tasked with defending Russia’s border along with the Baltic States and Finland.

“The redeployment of ground forces has been necessary because there is a desperate shortage of trained soldiers,” wrote Harri Ohra-aho, an intelligence advisor to the Finnish defense ministry and the former uniformed chief of defense intelligence, in an email. “It has nothing to do with the NATO threat (which hasn’t existed except in the rhetoric of the Russian leadership).”

Many defense analysts in the West said that Russia is extremely dangerous, and the long-term danger of Russia will depend on the outcome of this war: “If it becomes the case that they get at least partially something they were after in Ukraine, then we predict extremely difficult times for all of us in Europe.”