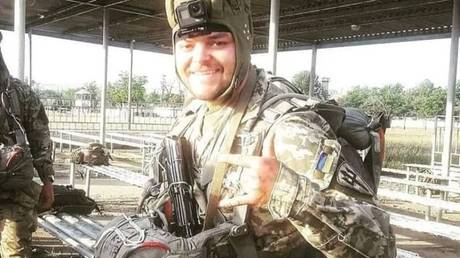 The officer claims to have been surprised by the reason his British troops gave for joining Kiev’s forces FILE PHOTO: British fighter Aiden Aslin in Ukraine © Facebook / Robin E Horsfall

Foreign fighters are joining the Ukrainian military in search of “adventure,” the commander of Kiev’s 36th Naval Infantry Brigade has told RT. He was captured by Russian forces during fighting in Mariupol.

Colonel Vladimir Baranyuk said there were foreigners in the ranks of his unit, explaining that Ukrainian legislation allows citizens from other countries to join its armed forces. “They sign official contracts and serve,” he said.

Baranyuk recalled at least two foreign troops – “both from Great Britain” – being under his command.

“One was called Aiden… I can’t remember the other one’s name… a really short last name,” he said.

The commander could be referring to British nationals Aiden Aslin and Shaun Pinner, who were captured in the city of Mariupol in April. Aslin and Pinner, who are believed to be mercenaries, are accused of crimes against civilians by the People’s Republic of Donetsk. 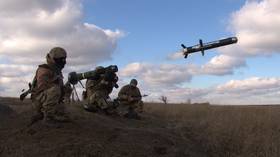 UK Prime Minister Boris Johnson promised in late April to “do what we can” to free the duo through a prisoner swap. However, the PM pointed out that it was up to Ukraine to make the final decision on the matter. Aslin and Pinner “were not hostages and they are not to be swapped as though they are terrorists – they are prisoners of war,” he added.

According to Baranyuk, foreigners began to arrive in Ukraine with the aim of enlisting in its military prior to 2018.

Read more:   Canada to allocate $120 million in aid to Ukraine

“When I assumed command of the brigade, I tried asking them [why]. They said they wanted, well, to serve, so to speak. To be honest, I was surprised by their reasoning,” he recalled.

“I asked them ‘Why? What’s the point? Can’t you make money elsewhere?’ They said ‘No, it’s not like that. We’re adventure-seekers,’” the commander revealed.

There was nothing special about the foreign troops, who all held “ordinary positions” in the unit, he insisted. “I can’t say they did anything extraordinary; that they were any different, say, from our marines.”

During his interview, Baranyuk also slammed the Western weaponry provided to Kiev by the US and its allies. He described the American Javelin anti-tank systems as “useful, especially in urban warfare,” and revealed that the battery of its British counterpart NLAW drained too quickly in cold weather, making the weapon impossible to use.

On December 13-14, a tripartite summit will be held in the Avaza national tourism zone…