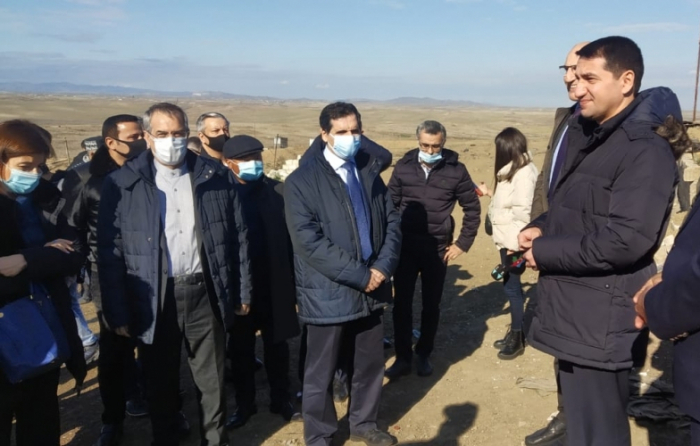 Under the instruction of President Ilham Aliyev, representatives of diplomatic corps accredited in Azerbaijan on Saturday visited the country’s territories liberated from the Armenian occupation.

During the visit, foreign diplomats will witness the traces of atrocities and crimes committed by the Armenian armed forces.

The foreign diplomats and military attachés are accompanied by Assistant to the President of Azerbaijan, Head of the Foreign Policy Affairs Department of the Presidential Administration Hikmet Hajiyev, Assistant to the First Vice-President Elchin Amirbeyov, and Deputy Foreign Minister, Rector of ADA University Hafiz Pashayev.

The foreign diplomats, military attachés and journalists visited the liberated Mardinli village of Fuzuli and viewed the current state of a mosque there.

Speaking about the Armenian vandalism, Hajiyev said one of the most obvious facts of atrocities committed by the enemy is a mosque in Mardinli village. Armenia’s using this mosque as an animal stable insulted the religious feelings of the Azerbaijani people and all Muslims.