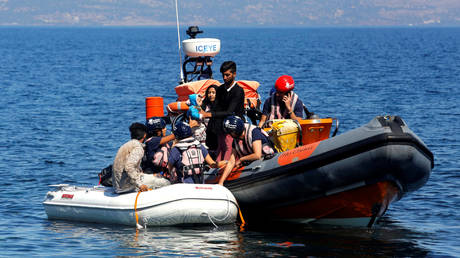 A small inflatable boat carrying migrants is towed by a rescue vessel near the island of Lesbos. © Reuters / Giorgos Moutafis

Greek police have launched a criminal investigation into dozens of foreign aid workers on the island of Lesbos, who were allegedly in cahoots with human traffickers, delivering illegal migrants to Greece from Turkey.

The law enforcers said that they were investigating 35 people linked to unnamed NGOs, which were operating on the island. (RT)