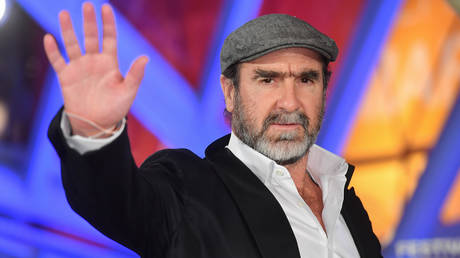 Cantona rarely holds back with his views. ©  Stephane Cardinale / Corbis via Getty Images

Eric Cantona has had some harsh words for former footballers ahead of the 2022 World Cup Cantona rarely holds back with his views. © Stephane Cardinale / Corbis via Getty Images

Manchester United legend Eric Cantona has blasted figures within the sport promoting Qatar ahead of this year’s FIFA World Cup, including his former teammate David Beckham, who inked a deal thought to be worth between £10-15 million ($10.6-$16 million) per year to highlight the country’s capital Doha as a tourist destination.

Qatar has been a controversial choice to host this year’s World Cup, with detractors pointing out its often-criticized human rights record as well as a lack of inclusivity for the LGBT community, and state that a country which holds such views shouldn’t have been considered as a viable host for the world’s biggest sporting event.

The country’s World Cup organizers have also been hit with accusations of terrible labor conditions for low-waged workers who built the necessary stadium infrastructure, with some estimates indicating the deaths of migrant workers may number in the several thousands.

Read more:   Erdoğan: "The goal of states that put pressure on Azerbaijan is not a ceasefire"

And while David Beckham may not speak out, not so for Cantona.

“I would not do it at all,” Cantona said in an interview with sports publication The Athletic.

“I do completely the opposite. In January 2022, I started to say that. Maybe I was the first one. But I am free to do it. And of course, an ex-player paid to do this kind of thing…It could be they don’t know what has happened there. 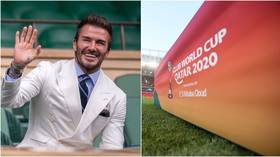 Frenchman Cantona was known throughout his playing career for being one of football’s most colorful characters.

He gained permanent infamy for an incident in a Premier League game with Crystal Palace in January 1995 in which he assaulted a supporter shortly after he had been issued a red card by the referee.

Read more:   How will educational process in schools be organized?

He has subsequently hit with a multiple month ban from football.

But for all his errors on the pitch, none, he suggests, have parity with ex-footballers such as Beckham who profit directly from the sponsorship deals with the country.

“There are a lot of cheap sheep examples in football, like everywhere,” he added.

“I heard recently people say footballers have to be engaged socially, to be active, like artists. But artists – 90 per cent of them are active in easy things, with no risk at all. Where it is risky, you have nobody, so they are all cheap sheep.

“They are just in the business like everybody. They say they are against this or that but it is always the easy thing. Today it is the climate, which is good, but you think you are [somebody] really engaged and who takes risks because you say, ‘We have to be careful about the climate’?”

But while Cantona highlighted big name former pros squeezing money out of Qatar, he was less resentful of the current generation of players who might be competing at the tournament when it kicks off in November.

“If you have a player who says, ‘I will boycott the World Cup’, you say, ‘Bravo’. But you cannot condemn a 20-year-old player, who has a 10-year career, who lives in a world surrounded by people from football 24 hours per day,” he said.

“We cannot be disappointed if players don’t want to boycott the World Cup, because at the top, the politicians, the presidents, the federations, the ministers. The real power, everywhere in the world, they have the power to boycott it. It is too easy to say the players.”