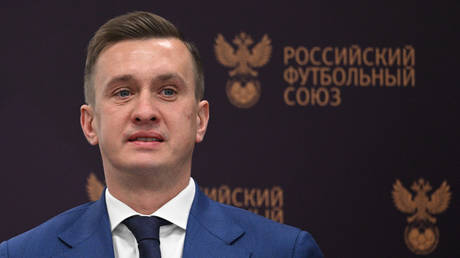 Speculation in the Russian media has suggested that the country could move to the Asian Football Confederation Aleksandr Alaev is head of the Russian Premier League. © RIA Novosti / Alexey Fillipov

Russia is aiming to remain part of UEFA and sees more benefits in staying with the European organization than moving to its Asian counterpart, according to football official Aleksandr Alaev.

Russian teams are currently banned from UEFA competitions at all levels following a decision imposed alongside FIFA at the end of February because of the conflict in Ukraine.

Reports in Russia have suggested that the Russian Football Union (RFU) could seek to move to the Asian Football Confederation (AFC), where it would presumably be more welcome and avoid similar sanctions.

But Russian Premier League president Alaev has detailed why his country would be better off with UEFA.

“We are members of UEFA, although we are suspended from competitions,” Alaev told RIA Novosti this week. (RT)