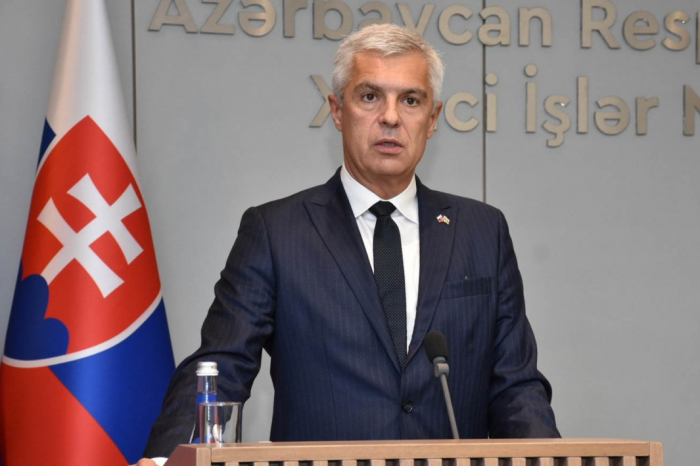 Slovakia is interested in expanding relations with Azerbaijan, said Minister of Foreign and European Affairs of the Slovak Republic Ivan Korčok at a joint press conference with his Azerbaijani counterpart Jeyhun Bayramov.

Slovak FM stated the significance of developing relations between nations along with intergovernmental relations.

Korčok said they discussed the development of relations between the two countries and the situation after the Karabakh war at a meeting with his counterpart Bayramov.

“Sovereignty and territorial integrity are key principles for Slovakia. We support these principles, but at the same time, peaceful coexistence is important for the future. This is the only way to peace. I urge both countries to establish relations with each other”, he added.