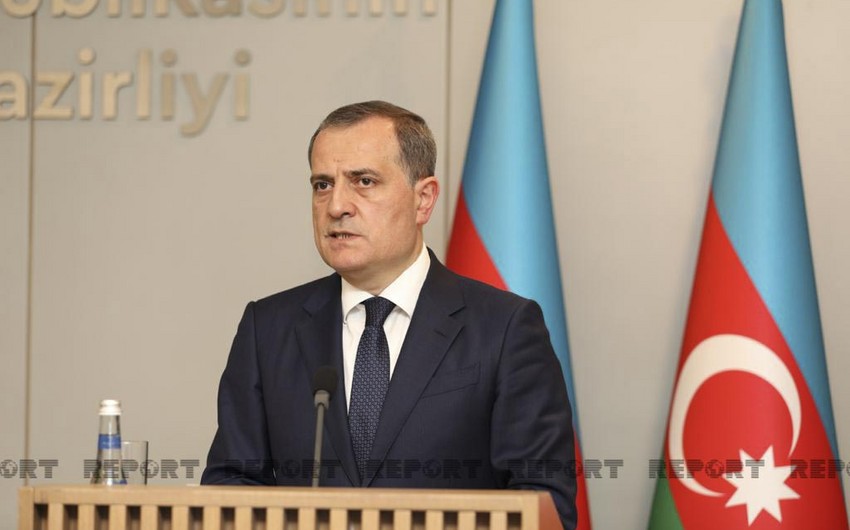 Azerbaijan has always considered the OSCE as the main pillar of the Pan-European security architecture and appreciated its role in realizing the vision of a Europe without dividing lines and zones of influence, as Report informs, Azerbaijani Foreign Minister Jeyhun Bayramov said this during his speech at the OSCE Forum for Security Cooperation in Vienna.

As the minister stressed, “in the context of the ongoing erosion of multilateralism and the growing rivalry between military-political blocs, it is necessary to maintain the indivisibility of security, enshrined in the founding documents of the OSCE”.

The program of Azerbaijan’s chairmanship in the forum will cover important and timely topics, such as respect for international humanitarian law and the protection of civilians; humanitarian mine action; the role of non-aligned countries in the European security architecture; fight against terrorism; United Nations Security Council resolution 1325 on women, peace and security and post-conflict reconstruction and peacebuilding.