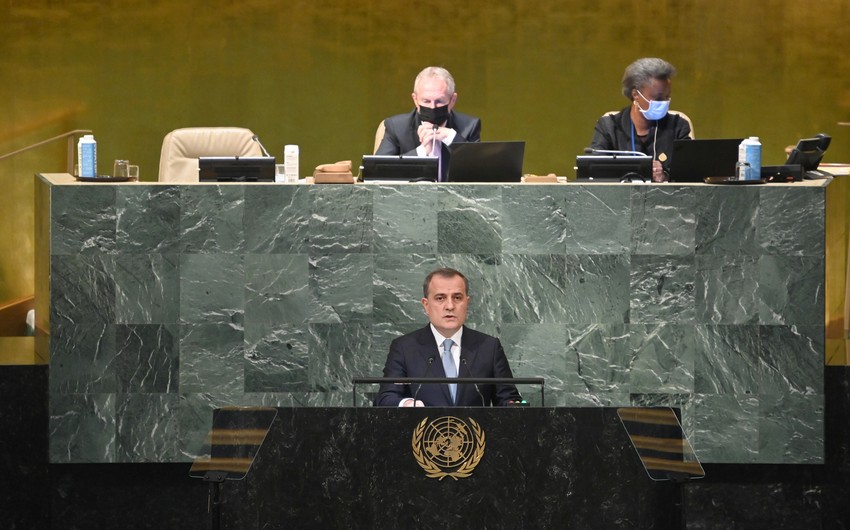 Azerbaijan is committed to regional peace, stability and development, Azerbaijani Foreign Minister Jeyhun Bayramov said at the General Debate of the 77th session of the UN General Assembly in New York, Report informs.

The minister noted that establishment of good neighborly relations between Armenia and Azerbaijan is a key for building secure, stable and prosperous South Caucasus through full-fledged regional normalization.

“Along with carrying out large-scale recovery and reconstruction works in the liberated territories, and pursuing reintegration of residents in conflict-affected territories, Azerbaijan has initiated the process of normalizing inter-State relations with Armenia based on mutual recognition and respect for each other’s sovereignty and territorial integrity within their state borders.

Azerbaijan has, on numerous occasions, expressed its readiness to start negotiations on peace treaty between Armenia and Azerbaijan, and has established its national delegation to that end,” Jeyhun Bayramov stressed.

“Equally, Azerbaijan has undertaken efforts to start the process of delimitation and demarcation of state borders between Armenia and Azerbaijan, unblocking transportation and communication links, including the establishment of the Zangazur Corridor, which is a part of international transportation network.