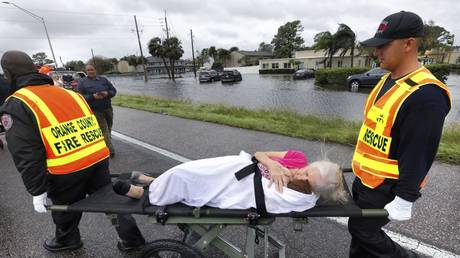 Hurricane Ian, which hit Florida on Wednesday, may turn out to be the “deadliest” storm in the southern state’s history, US President Joe Biden warned on Thursday.

Speaking after a briefing with Federal Emergency Management Agency (FEMA) officials, Biden said that the number of casualties is still unclear, but the early reports suggest that there “may be substantial loss of life.”

“This could be the deadliest hurricane in Florida’s history,” the US leader said.

Earlier on Thursday, the president had declared a “major disaster” in the state, making federal funding available to local authorities and organizations involved in recovery efforts.

On Thursday morning, as the devastating hurricane barrelled through the state, leaving towns under water, Lee County Sheriff Carmine Marceno said that “fatalities are in the hundreds.” Thousands of people “are waiting to be rescued,” the official said, adding the storm was “a life-changing event for all of us.”

According to PowerOutage.us, the massive storm has already left more than 2.6 million Florida residents without electricity. 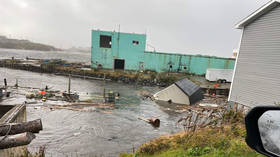 Florida Power & Light company said that due to the “catastrophic winds,” parts of its system “will need to be rebuilt – not restored.”

“Be prepared for widespread, extended outages as we are assessing the damage,” it said on Twitter.

While there are various methodologies for estimating the totals of hurricane-caused deaths, Hurricane Irma in 2017 is considered to be one of the strongest and deadliest in Florida’s modern history.

According to the Centers for Disease Control and Prevention, it caused 123 deaths in Florida. Irma also turned out to be the costliest hurricane in Florida’s history so far, with damage amounting to 50 billion dollars. (RT)