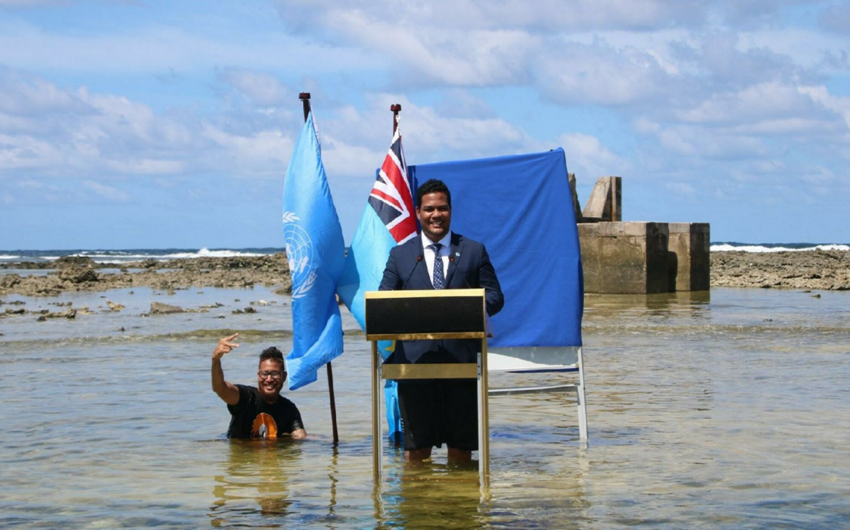 The foreign minister of the island state of Tuvalu, Oceania, Simon Kofe, who made a speech for the UN climate summit (COP26) while standing knee-deep in seawater, said that the citizens of Tuvalu would have to move if they country is flooded.

Report informs, citing foreign media, that the Tuvalu authorities consider the worst-case scenario for their country due to global warming, when the island is flooded completely and becomes uninhabitable.

According to Kofe, if this happens, Tuvalu will become the first country in the world that will have to move due to climatic disasters. As many as 5,000 Tuvalu residents have already moved to New Zealand, which accounts for about 50 percent of the total population of the island nation, Simon Kofe said.

The authorities of the country already try to resolve the issue from the standpoint of international law.

“We are trying to come up with an idea so that other countries recognize Tuvalu, even if we lose our territory. We also consider a technology with the help of which we would be able to create a digital nation so that we could continue to act together, even if we move to another location,” the minister said.