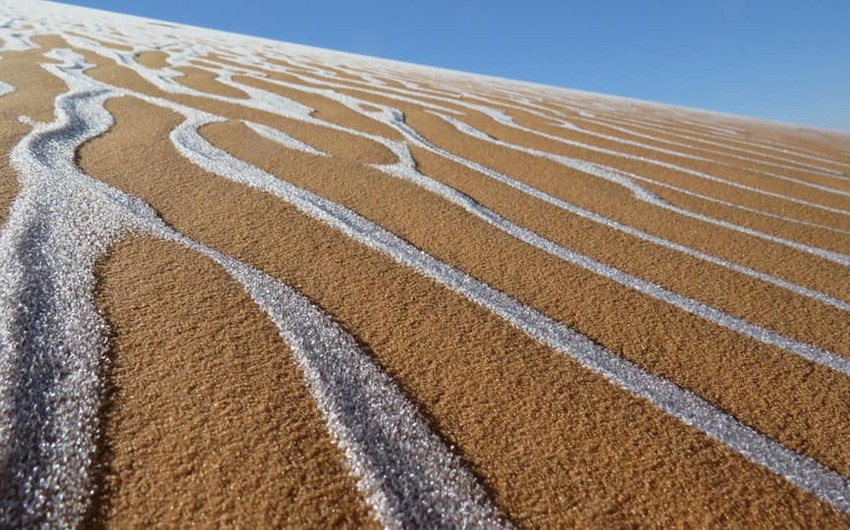 Amateur photographer Karim Bouchetata (BUSHETATA) took spectacular photos showing the Sahara Desert covered in pickets of snow. The last time snow was reportedly seen in Ain Sefra was on February 18, 1979, when a snowstorm lasted just half an hour.

Locals were stunned to see pictures of the recent snowfalls, some for the first time in their lives, which adds a festive atmosphere to the otherwise bland environment in that part.

Notably, Ain Sefra is a famous tourist destination in Algeria.
It is situated where the Atlas Mountains begin their descent into the midst and depth of the Sahara Desert; it’s no wonder why Ain Sefra is the place to be. Nature lovers will enjoy the awe-inspiring view of red sand dunes and mountainous terrain, especially because Ain Sefra itself is roughly 1000 meters above sea level.
It was founded in 1881 as a French garrison town and was rebuilt after a disastrous flash flood in 1904. The most popular tourist activities in Ain Sefra are trekking and mountain climbing.