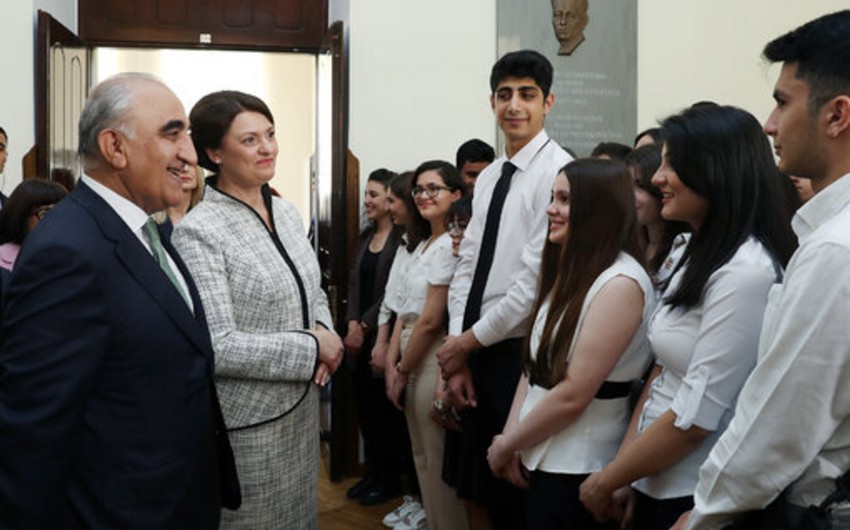 First Lady of Lithuania Diana Nausediene has visited the Azerbaijan State University of Economics, Report informs referring to the press service of the president of Lithuania.

During her visit to Azerbaijan, the first lady took part in the opening ceremony of an auditorium named after Lithuanian writer and diplomat Vincas Kreve-Mickevicius at this university.

In her welcoming speech, Nausediene emphasized that culture and science are the catalysts of society, a prerequisite for the well-being of states and their peoples. Culture is also one of the symbols of friendship between Lithuania and Azerbaijan, she said.

“It is symbolic that the writer Kreve-Mickevicius, although born in Lithuania, had a strong interest in Azerbaijan. His interest in the culture of this country became a great source of inspiration for him, which was subsequently reflected in his work. Having delved into and better understood Eastern culture and philosophy, he became a kind of ambassador of these regions in Lithuania,” said the first lady of Lithuania.

Nausediene added that Kreve-Mickevicius became famous not only as a writer and teacher, but also as a promoter of human values, who didn’t refuse to help anyone.