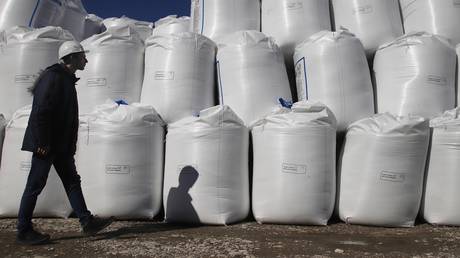 A cargo of 20,000 tons will be free to depart for Africa next week © Sputnik/Denis Abramov

The first batch of Russian fertilizers, which have been blocked at EU ports amid Ukraine-related sanctions, has been given permission to leave next week, the UN announced on Friday.

The cargo amounts to 20,000 tons and is currently stationed in the Dutch port of Rotterdam. It is destined for the African nation of Malawi under the UN World Food Program.

“The UN also briefed on recently issued General Licenses and shipments of fertilizer to developing countries’ destinations and its ongoing engagement with private sector and member states. It is anticipated that the first shipment of donated fertilizers will depart for Malawi in the coming week,” the UN said in a statement released after a meeting between senior UN officials and a Russian delegation led by Deputy Foreign Minister Sergey Vershinin on Friday.

The meeting centered on Russia’s continued dissatisfaction with UN efforts to lift Western sanctions that pose problems for Russia’s agricultural exports. The organization pledged to assist Russia in the matter back in July as part of a UN-brokered Ukrainian grain deal, which unblocked the export of food and fertilizers from several Black Sea ports. Russia said it may choose not to extend its participation in the deal, which is set to expire on November 19, if the UN does not follow through on its promises regarding Russian exports.

On Friday, the Dutch government confirmed that the Russian fertilizer cargo has been given permission to leave the port on the UN’s request. 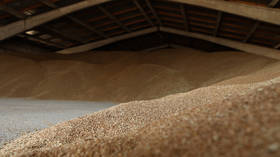 “The decision to release the fertilizer was made on the understanding that the UN would ensure that it is delivered to the agreed location, Malawi, and that the Russian company and sanctioned individual will earn nothing from the transaction,” the Dutch Foreign Affairs Ministry said in a statement.

It did not disclose the name of the Russian company that owns the shipment. Earlier this month, however, TASS news agency reported that Russian fertilizer producer Uralchem-Uralkali was ready to donate 240,000 tons of its fertilizers stuck in EU warehouses for humanitarian purposes, with the first shipment destined for Malawi.

Prior to this, Russian President Vladimir Putin stated that a total of 300,000 tons of Russian fertilizers were stuck at EU ports due to Western sanctions. In September, he said that Russia was prepared to give these fertilizers to developing nations free of charge.