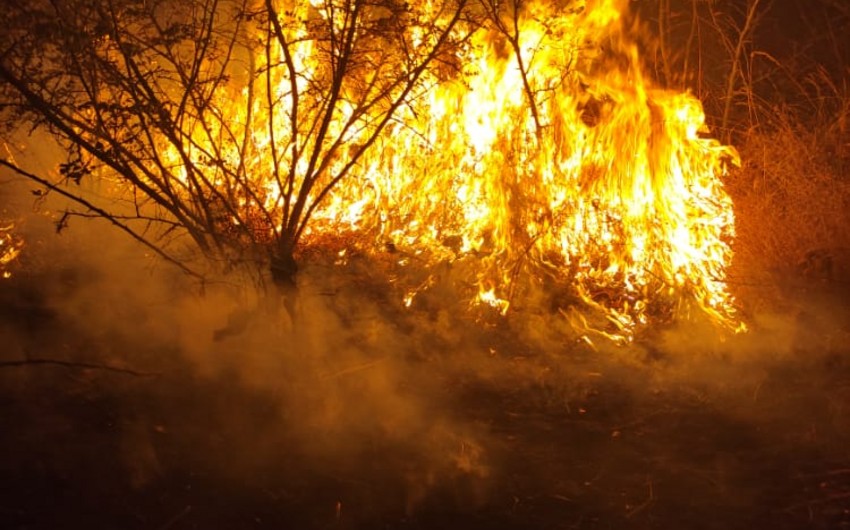 A fire broke out on the north-western side of the Gegali village of Aghsu district, near the mountainous area called “El Yeri.”

The Upper Shirvan Bureau of Report informs that bushes were burning in the mentioned areas starting 10:30 p.m yesterday.

Five fire engines and a large number of personnel from the Aghsu, Shamakhi, and Ismayilli fire departments of the State Fire Protection Service under the Ministry of Emergency Situations were involved in the scene.

The firefighter’s team is currently struggling to extinguish the ongoing fire in off-road conditions and rugged terrain to prevent it from spreading to the forest areas in the mountains.