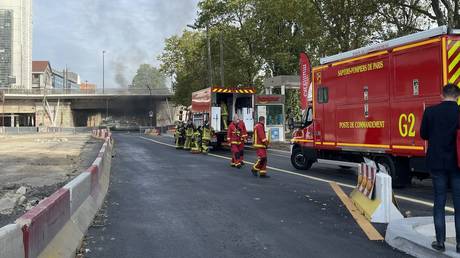 A blaze which broke out in the early hours of Monday morning under a Paris bridge is being tackled by the city’s firefighters. No injuries have been reported, and emergency services say there is no danger of the bridge collapsing.

Paris’s emergency services were called to a fire under the Pont National in the 13th arrondissement in the early hours of Monday morning. It has been reported that a man was sleeping in a van under an arch of the bridge and was awakened by the smoke. He was not injured.

The van fire was quickly extinguished, but the flame spread to the underside of the bridge. France’s BFM TV claimed the fire was endangering equipment intended for district heating, electricity and gas. Specialists were on site to identify the extent of the damage and cut off the electricity or gas supply. The area was cordoned off. (RT)