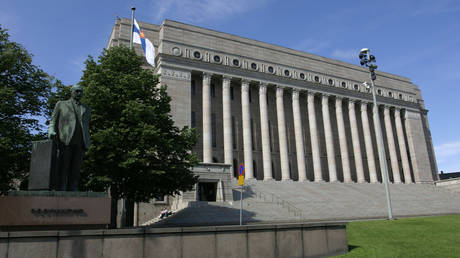 Finnish lawmakers voted on Tuesday in favor of requesting NATO membership. The vote came after parliament’s foreign affairs committee recommended the move due to a threat supposedly posed by Russian foreign policy to Europe.

The 200-seat body overwhelmingly supported the application, with 188 lawmakers backing the decision and just eight voting against it.

Earlier in the day, in Sweden, Foreign Minister Ann Linde signed a formal request for accession to NATO. The two nations had previously decided to seek membership in tandem.

The US-led military alliance pledged to speed up the admission process for both, citing the value of Sweden and Finland as future allies and their close integration with NATO military infrastructure. It usually takes years for countries to complete all the required reforms after receiving a Membership Action Plan. (RT)