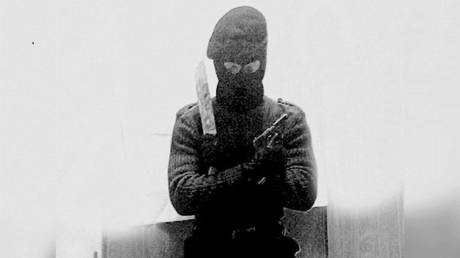 Terrorist suspect poses with machete and gun. © Police of Finland

Five men have been detained for allegedly having planned gun and bomb attacks in what the Finnish police believe is the first case of far-right terrorism in the country’s history.

The members of the group, which operated in the southwestern town of Kankaanpää, were arrested on Tuesday, having been under surveillance for two years. On Friday, the court ruled that they should remain in custody.

The suspects are aged “around 25,” and most of them have a previous criminal record, the police said in a statement. Weapons, ammunition, and fertilizer – which can be used to make explosives – were seized in the raid during which they were detained. (RT)