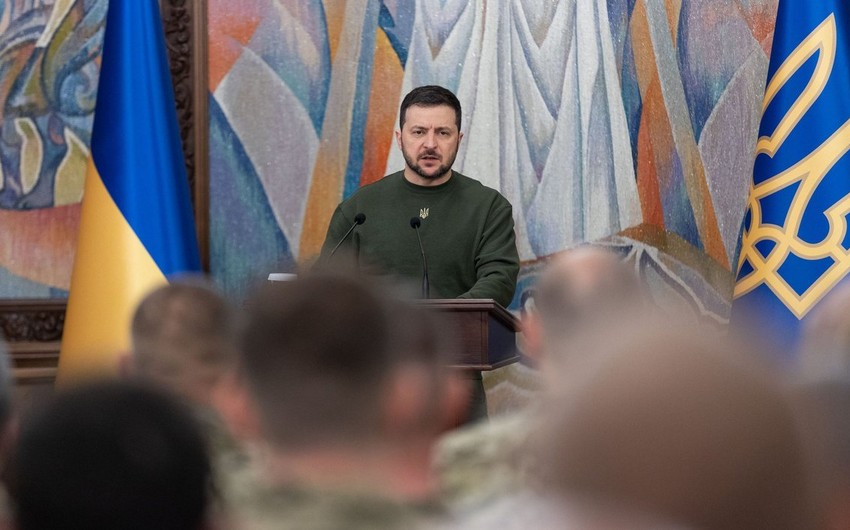 President of Ukraine Volodymyr Zelenskyy has become the Person of the Year, according to the Financial Times, Report informs.

“Written off by many Ukrainians before the February invasion as something of a joke, an amateur struggling to rise to the challenge of high office, the 44-year-old Zelenskyy has earned a place in history for his extraordinary display of leadership and fortitude,” reads the article.

Just as Winston Churchill went on the radio to rally his country during the Blitz, Zelenskyy has used social media to campaign relentlessly for western military and financial support, turning the plight of his people into moral leverage over leaders in Europe and the US. He has persuaded Europeans to bear the huge costs of standing up to Putin and to offer Kyiv a path to EU membership.

Along the way, he has become a standard bearer for liberal democracy in the wider global contest with authoritarianism that could define the course of the 21st century.

Zelenskyy has also come to embody the courage and resilience of the Ukrainian people in their fight against Russian aggression. It is for these reasons that the Financial Times has chosen Zelenskyy as the person of the year.

When the fighting eventually comes to an end, Zelenskyy will face tough questions about the failure to sufficiently prepare Ukraine for a full-blown invasion. The security services did not lay mines or blow up bridges along Russia’s lines of attack from the north and south, leading large swaths of territory to be captured quickly and easily by Putin’s troops.

Zelenskyy says that despite the public warnings by western officials, Kyiv was never given intelligence it could act on about the impending Russian attack.